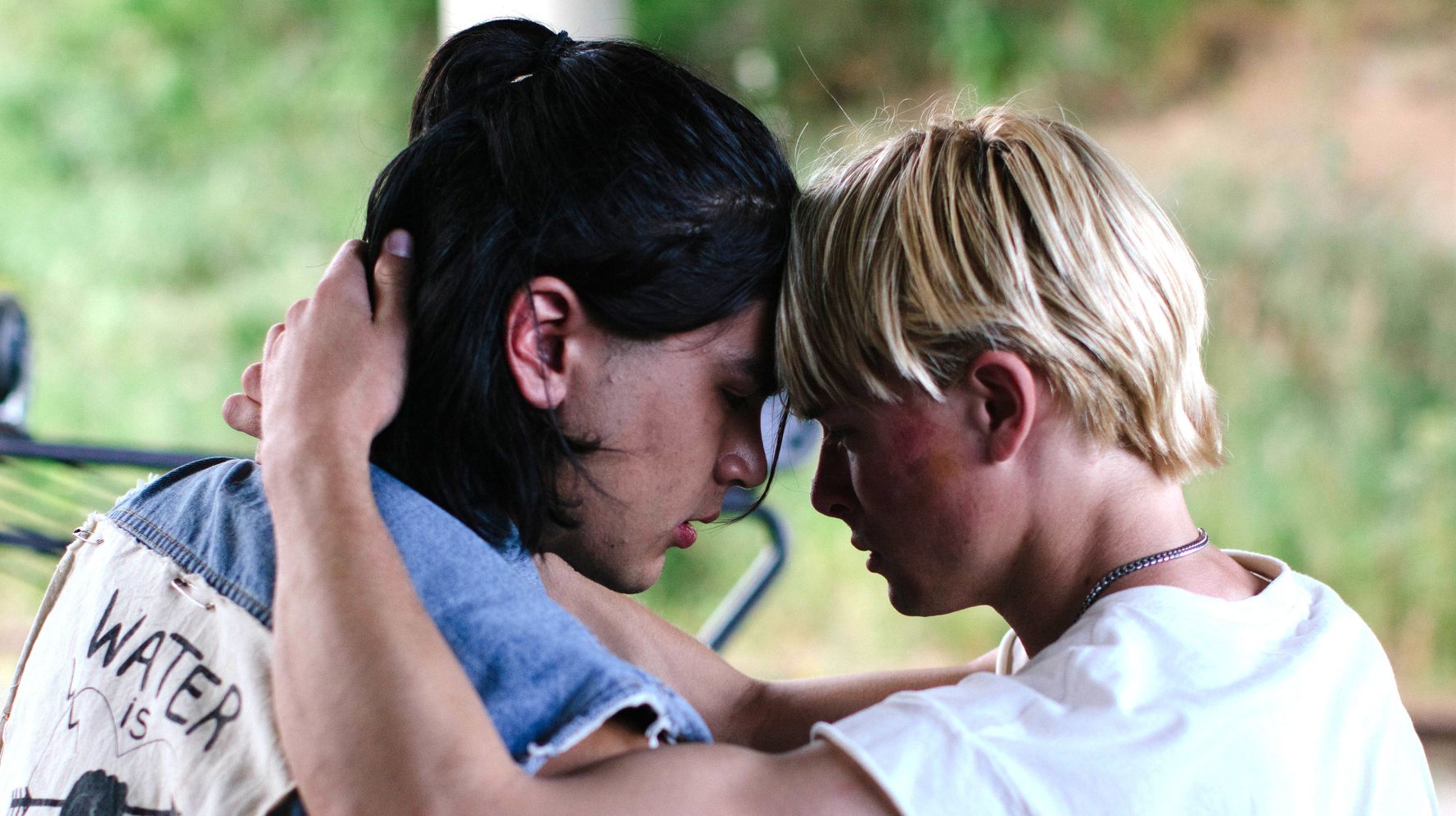 A teen learns to embrace his true self after a life-changing road trip in “Wildhood,” which is being screened virtually as part of the NewFest Pride film series this week ahead of its Hulu premiere.

Directed by Bretten Hannam, “Wildhood” follows Link (played by Phillip Lewitski), who lives under the eye of his stern, anti-LGBTQ father (Joel Thomas Hynes) in Canada.

Link soon discovers that his mother Sarah ― long believed to be dead ― might still be alive. So he and his younger half-brother, Travis (Avery Winters-Anthony), embark on a journey along Canada’s eastern coast to find her, as well as reconnect with their Indigenous roots.

After some time on the road, Link finds himself drawn to Pasmay (Joshua Odjick), a young person who is Two-Spirit, meaning they identify as having both a masculine and a feminine spirit. Soon, Link and Pasmay are exchanging longing glances and flirty quips.

Whether romance is in the stars for the pair, however, remains to be seen.

Catch the trailer for “Wildhood” below.

Hannam, who is Two-Spirit and nonbinary, said they began writing the screenplay for “Wildhood” more than a decade ago. In 2019, they released “Wildfire,” a short film based on an abridged version of the script.

Though some of the events portrayed were inspired by the filmmaker’s life, the film as a whole reflects the “experiences of a community that I’m part of,” they said, and isn’t intended as a coming-out story.

“Two-Spirit identity is an intersection of the relationship to land, gender, sexuality, ceremony, and culture,” Hannam told Salon last year. “It’s hard in English to summarize or speak about those things succinctly. For Link going on this journey, he is finding out where he fits in all of these aspects, and what it means to be part of a community.”

“Wildhood” will showcased as part of NewFest Pride, a four-day series of in-person and virtual screenings curated by the organizers of New York’s annual LGBTQ film festival that runs Thursday to June 6.

Other highlights of the series include “Fire Island,” starring Joel Kim Booster and Bowen Yang, and “Girl Picture,” a drama that follows three Finnish women as they explore their sexuality over several weekends. Peacock’s hotly anticipated reboot of the landmark LGBTQ series “Queer as Folk” will also have its New York premiere as part of the event.

After the virtual New York engagement, “Wildhood” will debut on Hulu June 24 following a weeklong theatrical run at the Lumiere Music Hall in Beverly Hills, California.

FIFA World Cup: Dubai’s DWC to operate up to 120 match-day flights between Nov 20 and Dec 19

Me Too Founder Reacts To Depp-Heard Trial Verdict