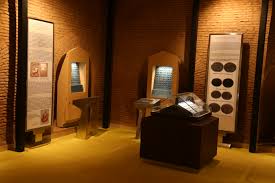 The way it is talked about, you would think that the Toshakhana was a large vault in the basement of a bank filled with treasures of immeasurable value. That is, at least, what the literal definition of the word Toshakhan is — house of treasure.

In the days of yore, the Toshakhana was indeed a physical building where great treasures were stored. Today, it is essentially a government department that works under the cabinet division and keeps tabs on presents given to Pakistani representatives by foreign diplomats and leaders.

Established in 1974, Tosha­khana is a department under the administrative control of the Cabinet Division and stores precious gifts given to rulers, parliamentarians, bureaucrats and officials by heads of other governments, states and foreign dignitaries as a goodwill gesture. It has valuables ranging from bulletproof cars, gold-plated souvenirs, expensive paintings to watches, ornaments, rugs and swords.

The existence of the Toshakhana represents a very standard practice in global diplomacy. Whenever the leaders of two countries meet, it is customary to exchange gifts. In most democratic states, however, these gifts are considered the property of the state and received by individuals on behalf of the country. As a result, they are stored in either museums, vaults, state houses, or auctioned off.

In Pakistan, the governance of the Toshakhan has historically been a bone of contention. Currently, former prime minister Imran Khan is deeply embroiled in accusations alleging there were irregularities in the Toshakhana during his time in office. The case has also resulted in his disqualification as an MNA by the election commission. He is not the only public office holder to have faced such criticism. Former prime ministers Nawaz Sharif and Yousaf Raza Gillani as well as former president Asif Ali Zardari have also had allegations of irregularities in their handling of the Toshakhana brought forth against them.

The rules and regulations regarding the Toshakhana are outlined in the government document titled “Tosha Khana (Management and Regulation) Act 2022”. According to this document Tosha Khan is defined as the “repository” or “store” that serves the purpose of “maintaining, preserving and storing” the gifts received by public office holders.

Essentially, when a public servant such as the prime minister or president go on a foreign trip, they may receive gifts over there. These gifts are collected and recorded by officials of the foreign ministry posted at the embassy of the country that the leader is visiting. The same process is followed for all ministers, diplomats, and military officials.

This is where things get a little tricky. Public functionaries except the President and Prime Minister are prohibited from getting gifts for themselves or their families from foreign countries. If a gift is worth Rs 30,000 or less, then it can be retained by the receiver without any cost.

Under the rules, it is mandatory that gifts of a value above this are deposited in Toshakhana. However, an official is also allowed to keep these gifts provided he pays a certain percentage of the price assessed by the Toshakhana evaluation committee. This committee consists of officials from the central bank, the FBR, and market experts. Before 2020, the president, prime minister, and a list of other officials could retain gifts by paying the Toshakhana 20% of their value but it was still compulsory to declare their receipt and submit them to the Toshakhana before paying the price as decided by the evaluation committee.

The responsibility rests with the public office holder to report the receipt of the gifts to the Cabinet Division. The document categorically highlights that all gifts irrespective of their prices must be disclosed and submitted to the Cabinet Division. The document also warns of “appropriate action” against individuals found of concealing or failing to disclose any gift.

How significant is the prisoner swap between US and Afghanistan?

What happens to these gifts then?

There is, of course, the chance that a leader might not want to keep or pay to retain gifts that they have received. In this case, the Toshakhan evaluates and puts prices on these gifts. The first right to retain these gifts goes to whoever received them, but if not, depending on the kind of gift they can either be auctioned off or retained for government use.

Gifts deposited in the toshakhana that are fit for display must be properly catalogued and then displayed at prominent buildings/ institutions owned by the government or in the official residences of the head of state or the head of government. For example, luxury carpets gifted to the president may be placed at a state reception room in the Presidential Palace. Similarly, paintings or other artwork can be displayed in museums or other appropriate government buildings. Meanwhile, gifts like cars are to be deposited to the central pool of vehicles of the cabinet divisions.

Gifts that are not fit for display are then to be auctioned off. The first right of auction goes to civil servants and military officials. For objects that go unsold here as well, an auction is then held for the general public.

AI is embedded everywhere at Walmart

John Boyega Only Dates Black Women. Get Over It.

How would interest-free banking work?

How would interest-free banking work?