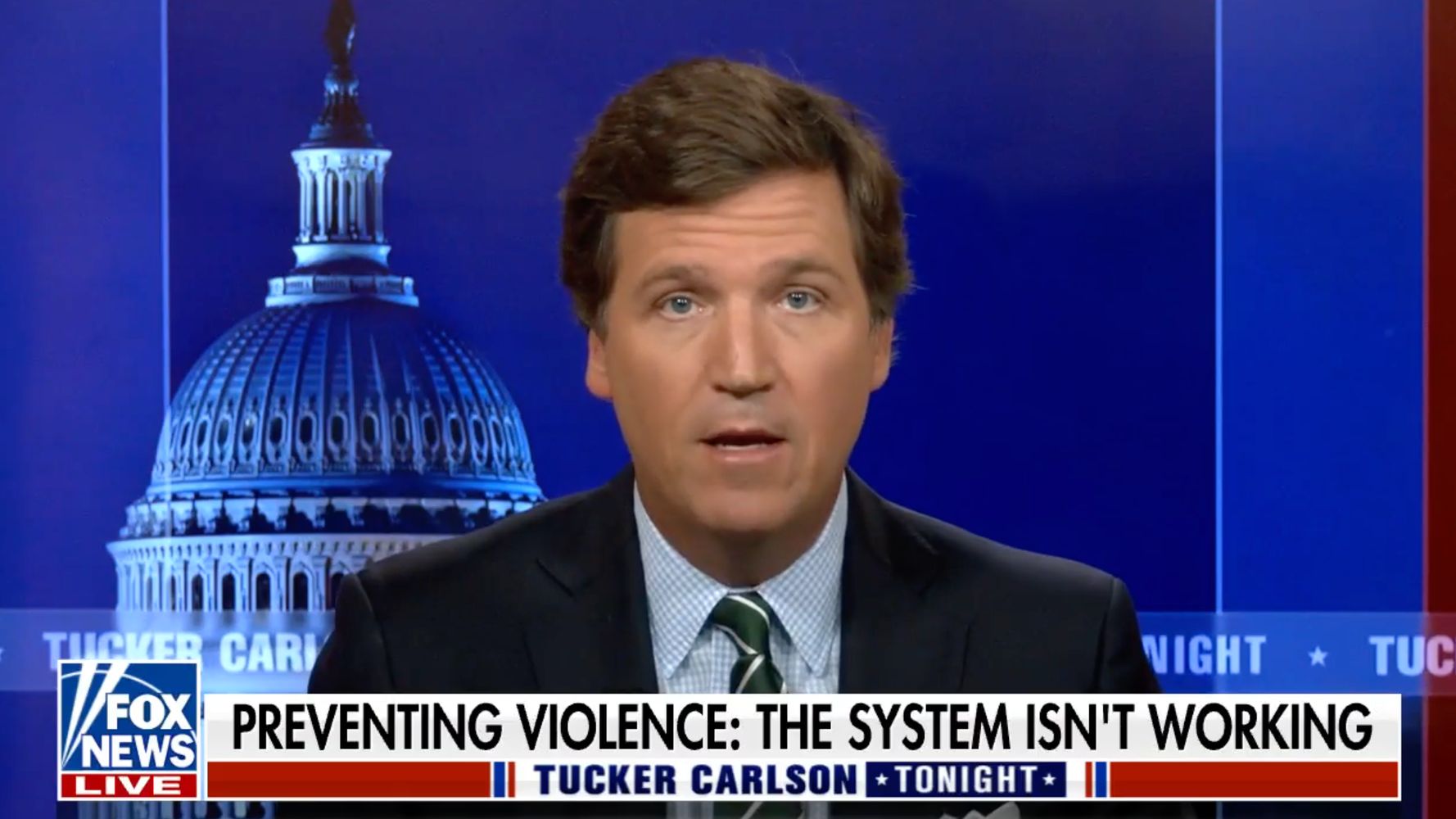 Tucker Carlson suggested that coronavirus pandemic lockdowns ― not guns ― were to blame for recent mass shootings in the U.S.

On Wednesday, the Fox News host tried to connect recent shooting massacres in Buffalo, New York and Uvalde, Texas, to one of his favorite targets: COVID-19 mitigation measures.

“Oh, so the lockdowns dramatically increase the incidence of mental illness among young people and in 10 days, we’ve seen two mass shootings by mentally ill young people. Could there be a connection?” he asked. “Now, that’s not finger-pointing. It’s not to blame [Dr. Anthony] Fauci for yesterday’s shooting. We’re not that low. We’re not Joe Biden. But if people are becoming mentally ill because they’re disconnected from others, what can we do to connect them to others and thereby reduce the incidence of mental illness? That’s a real conversation.”

The shooters in Buffalo and Uvalde used assault rifles they had purchased legally. Both men were 18. The Buffalo gunman killed 10 people at a supermarket in what authorities said was a racially motivated attack against the Black community. The Uvalde shooter killed 19 children and two teachers.

Tucker: So the lockdowns dramatically increased the instance of mental illness among young people and in ten days, we’ve seen two mass shootings from mentally ill young people. Could there be a connection? pic.twitter.com/dbyXRrf6ik

Many countries implemented lengthy and isolating lockdowns during the ongoing coronavirus pandemic. Australia and New Zealand, which have stricter gun control measures than the U.S., experienced some of the world’s longest lockdowns, yet saw no comparable shootings.

Australia hasn’t had a mass shooting since 1996, when a gunman opened fire at a tourist resort in Port Arthur, killing 35 people. The government responded by enacting strict gun control legislation, including banning all semi-automatic rifles.

In New Zealand, all semi-automatic weapons and assault rifles were banned after a gunman killed 51 people in Christchurch in 2019. The government implemented a gun buy-back scheme so gun owners could be compensated for turning in their firearms. There hasn’t been a mass shooting in New Zealand since.

Despite this evidence, Republicans largely remain opposed to tightening gun controls. And according to Carlson, strict gun control in the U.S. would cause “civil war.”

Ananya Panday, Sara Ali Khan and other celebrities who are beach lovers

“We will never get rid of all of those guns. The Constitution prohibits that and you would set off a civil war if you tried to do it,” he said. “So gun control, whether you find the slogans appealing or not, will not stop” the next mass shooters.

Apple lays off recruiters as part of its slowdown in hiring

Ghosts of New York’s Glamorous Past Haunt an Empty Pub