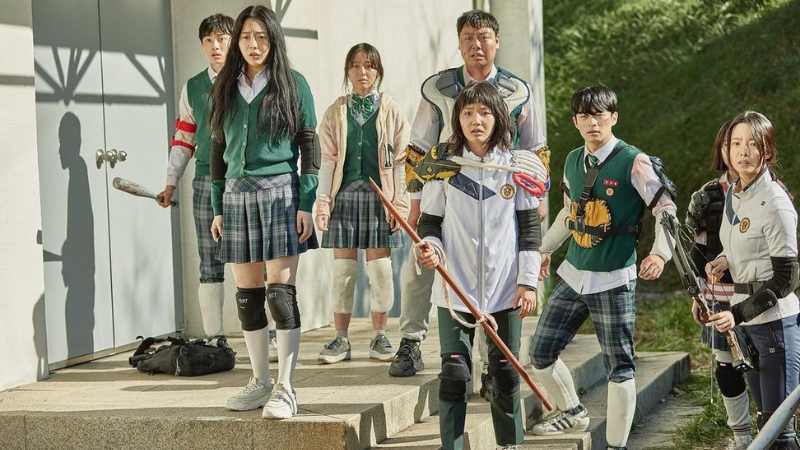 A zombie apocalypse never goes out of style — are you ready for a K-drama that transforms the high school experience by introducing zombies into the picture? Because another season of All of Us Are Dead may be all you need!

On Monday, Netflix posted a short clip of an army of zombies to announce that the hit Korean show is making a comeback. “Can we meet the survivors of Hyosan High again? All of Us Are Dead is returning for season two,” read the caption.

Based on Korean webtoon (type of digital comic) Now at Our School by Joo Dong-geun, the 2022 show was so popular, it came second to Squid Game in the list of Netflix’s top 10 non-English-language shows of all time, according to Variety.

The news for the show’s return was announced at Geeked Week, an event hosted by Netflix to display new shows and series making a comeback. This feeds into the streamer’s horror and sci-fi genre — the company said that from 2020 to 2021, viewing of sci-fi in the Asia-Pacific region has grown by 30 per cent and and horror by 20 per cent.

The video played at the event featured some of the actors from the show as well, such as Park Ji-hu, Yoon Chan-young, Cho Yi-hyun and Lomon. The four main characters thanked their fans for their supporting the show and confirmed season two is on its way.

Besides Ji-hu, Chan-young, Yi-hyun and Lomon, the series also stars Yoo In-soo, Lee Yoo-mi, Kim Byung-chul, Lee Kyu-hyung and Jeon Bae-soo. The 12-episode first season followed a group of high schoolers who find themselves in the midst of a zombie apocalypse and need to step up to protect themselves. All of this, of course, would be incomplete without some teenage drama to keep the spice alive. Season one’s finale ended at a cliffhanger with a bittersweet taste — though they survived the apocalypse and were busted out by the government, class president Nam-ra (Cho) has turned into a half-zombie.

Netflix reported that, after its premiere, All of Us Are Dead shot straight into the Top 10 most-watched non-English TV series in 91 countries and stayed there for two consecutive weeks. It also drew 361 million viewing hours in its first 10 days.

iCloud Photos is coming to Windows 11

Structural issues in way of LNG liberalisation | The Express Tribune

Asus reveals faster Nvidia RTX 3060 Ti graphics card – but how much of an upgrade will it be?