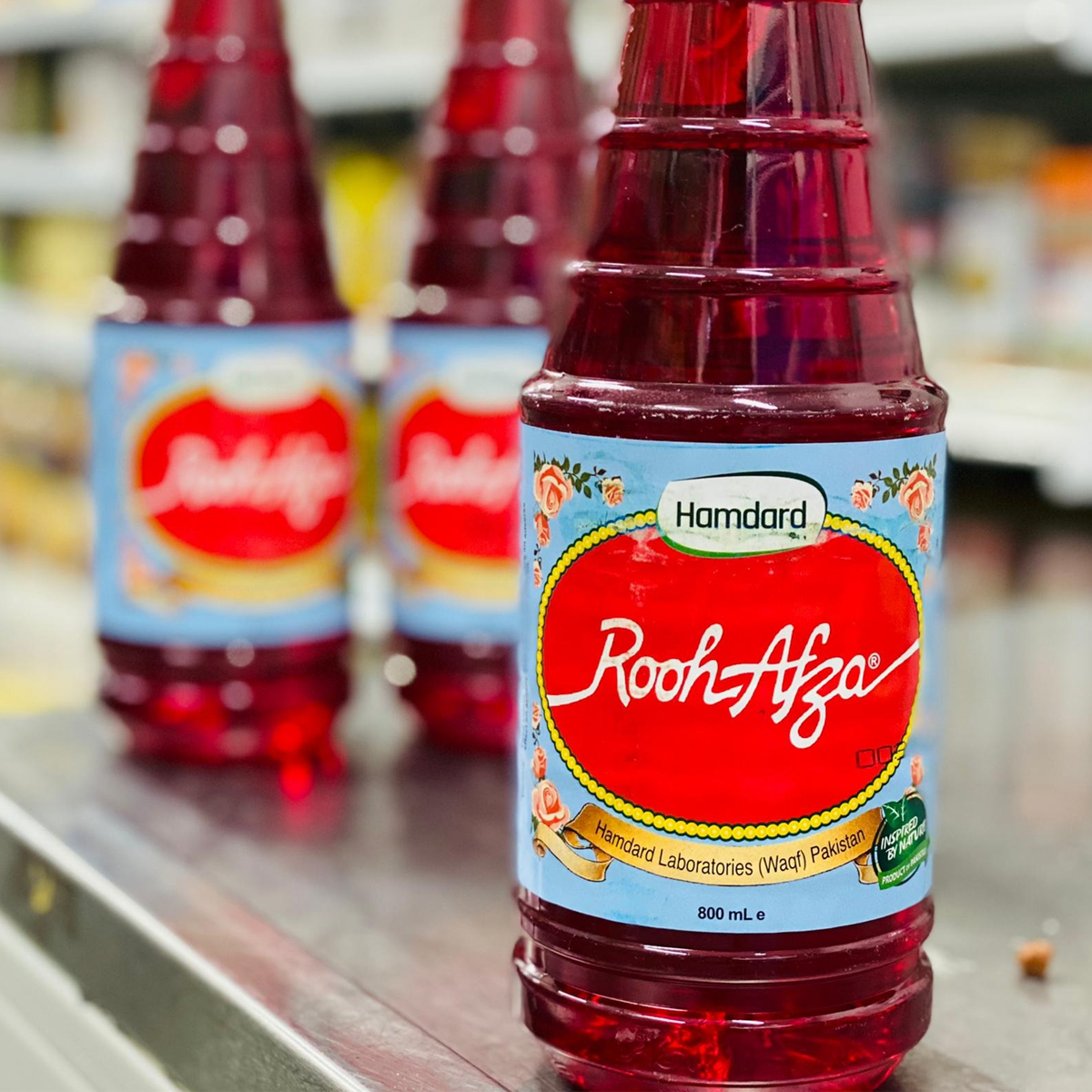 Red in colour, sweet in taste and easy on the pocket–Rooh Afza checks all the boxes to be the national drink of Pakistan. And much like many Pakistani staples, India is also a natural market for this sharbat. In fact, India is where the Hamdard brand’s Rooh Afza was originally born.

Yet the past week saw the Delhi High Court ‘permanently restrain’ retailers on Amazon from selling the drink in India. The petition that led to the filing of the court case was filed by Rooh Afza’s manufacturer in India, Hamdard National Foundation, after it claimed that the products listed on Amazon were not manufactured in India. The CEO of the Indian Hamdard, Hamid Ahmed, reportedly said that such a ruling would ‘safeguard local business’ when he filed a petition in September 2022.

The history of South Asia’s favourite drink goes back to colonial India, from a small family business named Hamdard in 1907 in Delhi. The drink was made by Unani medicine practitioner, Hakim Abdul Majid, whose main purpose was to create a source of energy and revitalization in the summer heat. For its more than hundred year history, Rooh Afza has lived up to that original purpose.

Hakim Abdul Majid’s business became a fierce force to reckon with. By 1922, the business had to be moved to a larger building. But the Majid did not live long to fully reap the benefits of his seeds as he passed away the same year at the age of just 39.

After his passing, Majid’s wife Rabia took over the business and raised the two sons Hakeem Abdul Hameed and Hakeem Saeed. The business tells a story of a typical family business. The two sons grew up to manage the lucrative business that even the bloody summer of 1947 could not wash away.

After the partition in 1947, Majid’s younger son Saeed moved to Karachi and established the business in the newly formed country while the older brother Hameed stayed back in Delhi. Both the brothers grew their businesses in respective countries and formed a charitable trust, Hamdard Foundation, with separate arms in both countries. Later in 1971, another wing was formed in Bangladesh and Rooh Afza became a household in all three countries.

Rooh Afza passed the test of desi family relations, time and even the most deadly partition in history – what it couldn’t pass was e-commerce. In recent years Rooh Afza did struggle with rebranding its image as modern, innovative and becoming the new drink for the millennials. In 2017, the first CEO from outside the family was hired in Karachi.)

A shift in the Ukraine war | Start Here

The Hamdard company has trademark and legal rights to sell Rooh Afza only within the three countries it operates in. Furthermore, each company is restricted to using the trademark only in their respective countries. The current issue arose when the CEO of Hamdard India, Hamid Ahmed, claimed that Rooh Afza bottles listed on Amazon India are not made in India.

Amazon allows the seller to list the product if the trademark of the product is from the same country as the seller. The Indian Express reported one of the listings on Amazon India was from Hamdard Laboratories (Waqf), Pakistan.

In response to the fiasco, the marketing director from Hamdard Pakistan, Faiz Ullah Jawad reportedly clarified that the company is not involved in selling Rooh Afza in India and it has nothing to with the ban. He further said that there are so many sellers on Amazon and it is not in their knowledge who might be selling the product made by Pakistan in India as a third party.

The ban would surely affect the growing tech-savvy consumers in India, but in Pakistan there is nothing to worry about, except possibly for third party sellers who will now be unable to sell Pakistani Rooh Afza to the Indian market through Amazon.

Pakistan could face difficulty in restructuring its dollar bonds: Report