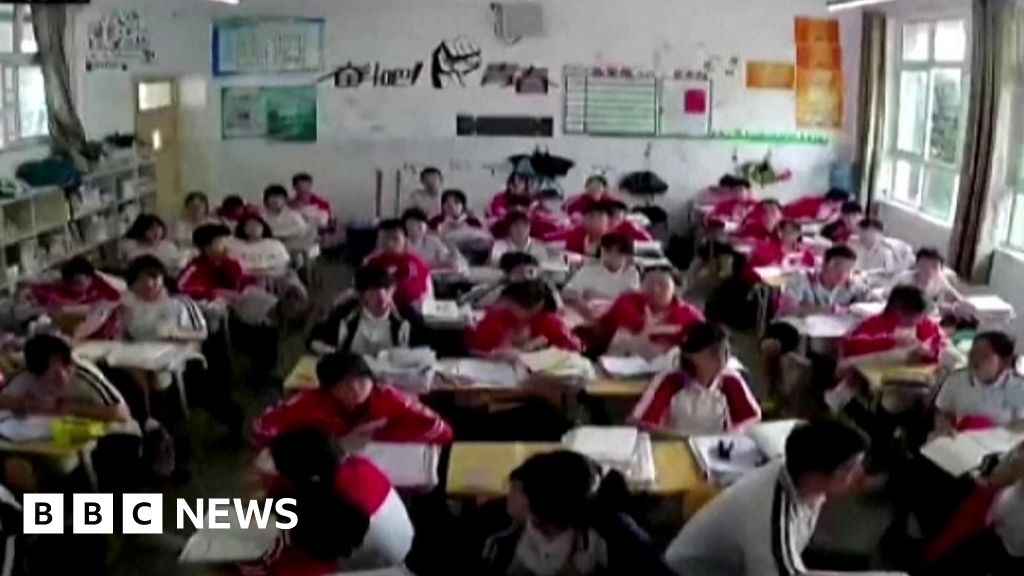 Pictures released by Chinese state broadcaster CCTV captured the moment a 6.1-magnitude earthquake hit a Chinese school in the southwestern province of Sichuan.

Dozens of panicked schoolchildren were seen ducking underneath their desks before quickly running out of the classroom with their hands over their heads.

The China Earthquake Networks Center said the first quake, in Ya’an’s Lushan county, struck at a depth of 17km.

A second quake followed, measuring 4.5 in magnitude, which killed at least four and left 14 others injured.

Sichuan is a earthquake-prone area. The latest disaster called into memory an 8.0-magnitude quake which hit Wenchuan county on northwest Sichuan in 2008.

Insights: The metaverse and NFT relationship

There is TSMC and there’s everybody else, can Samsung or Intel catch up?

Yes, your 5-year financial projections are going to be wrong. You need them anyway – TechCrunch