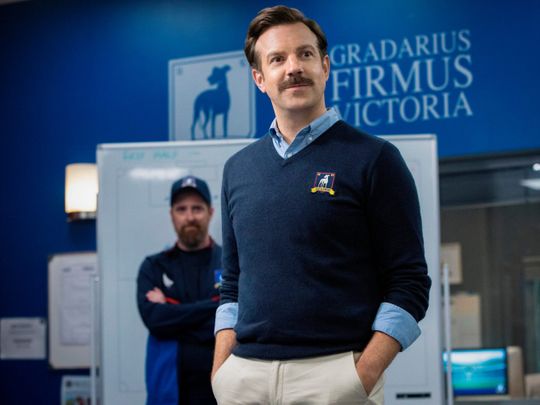 F.D.A. advisers will weigh in on Covid shots by Novavax, a latecomer in the vaccine race.

“It was planned as three. Spoiler alert — everyone dies.”

Goldstein’s comments are consistent with what other members of the ‘Ted Lasso’ crew have said in the past.

Speaking to Entertainment Weekly in 2021, co-creator and star Jason Sudeikis also expressed that he saw the show ending after three seasons, though he hinted that he may be open to take it further if others had ideas and the opportunity presented itself.

“The story that I know is the one that I wanted to tell, and so that’s the one we’re telling with the help of numerous people in front of and behind the camera, so it’s by no means me typing every key stroke and saying every word,” Sudeikis said.

“It’s nowhere near like that. But the story that’s being told — that three-season arc — is one that I see, know, and understood. I’m glad that they are willing to pay for those three seasons. As far as what happens after that, who knows? I don’t know.”

‘Ted Lasso’ was developed by Sudeikis, Bill Lawrence, Brendan Hunt and Joe Kelly based on a character Sudeikis originally played in ads for NBC Sports. It stars Sudeikis as a cheerful American football coach who is hired to manage a British soccer team, despite not having any experience in it.

The series debuted in August 2020 and quickly became a flagship show drawing a larger audience to Apple TV+, which had launched less than a year earlier. Season two premiered in July 2021 and season three is currently in production and is set to premiere later in 2022.

The Tricky Ethics of Being a Teacher on TikTok

‘The Osbournes’ Will Return In British Revival On BBC: ‘Same Laughter, Love And Tears’