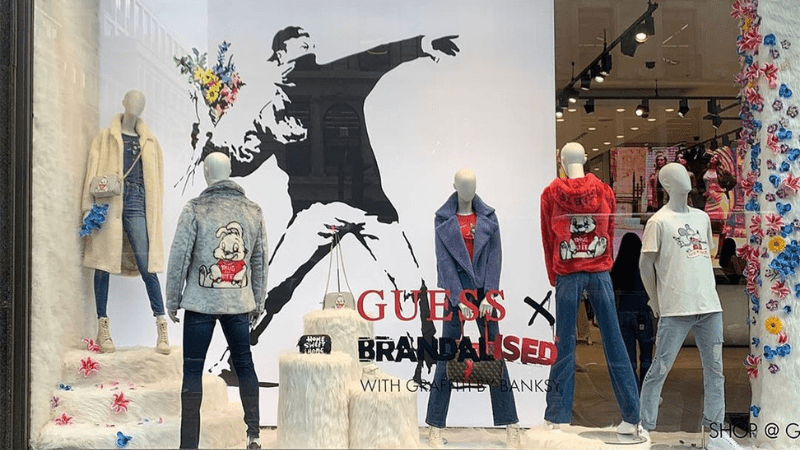 Renowned graffiti artist Banksy on Friday criticised fashion retailer Guess, saying it had used his work without permission, and invited shoplifters to pay the London shop a visit.

Banksy, whose true identity is a closely guarded secret, posted a photo of Guess’ Regent Street store in central London on Instagram, suggesting shoplifters should pay it a visit.

“Attention all shoplifters. Please go to GUESS on Regent Street. They’ve helped themselves to my artwork without asking, how can it be wrong for you to do the same to their clothes?” the post told Banksy’s 11.6 million followers.

The store window display featured Banksy’s Flower Thrower graffiti, and showcased a new capsule collection from Guess, which its website says was “created in partnership with Brandalised, an urban graffiti license whose mission is to offer Banksy fans affordable graffiti collectibles.”

After the Banksy post, store staff covered the window display.

Last week Banksy unveiled a work in the Ukrainian town of Borodyanka, which had been occupied by Russia until April and heavily damaged by fighting in the early days of Moscow’s invasion.