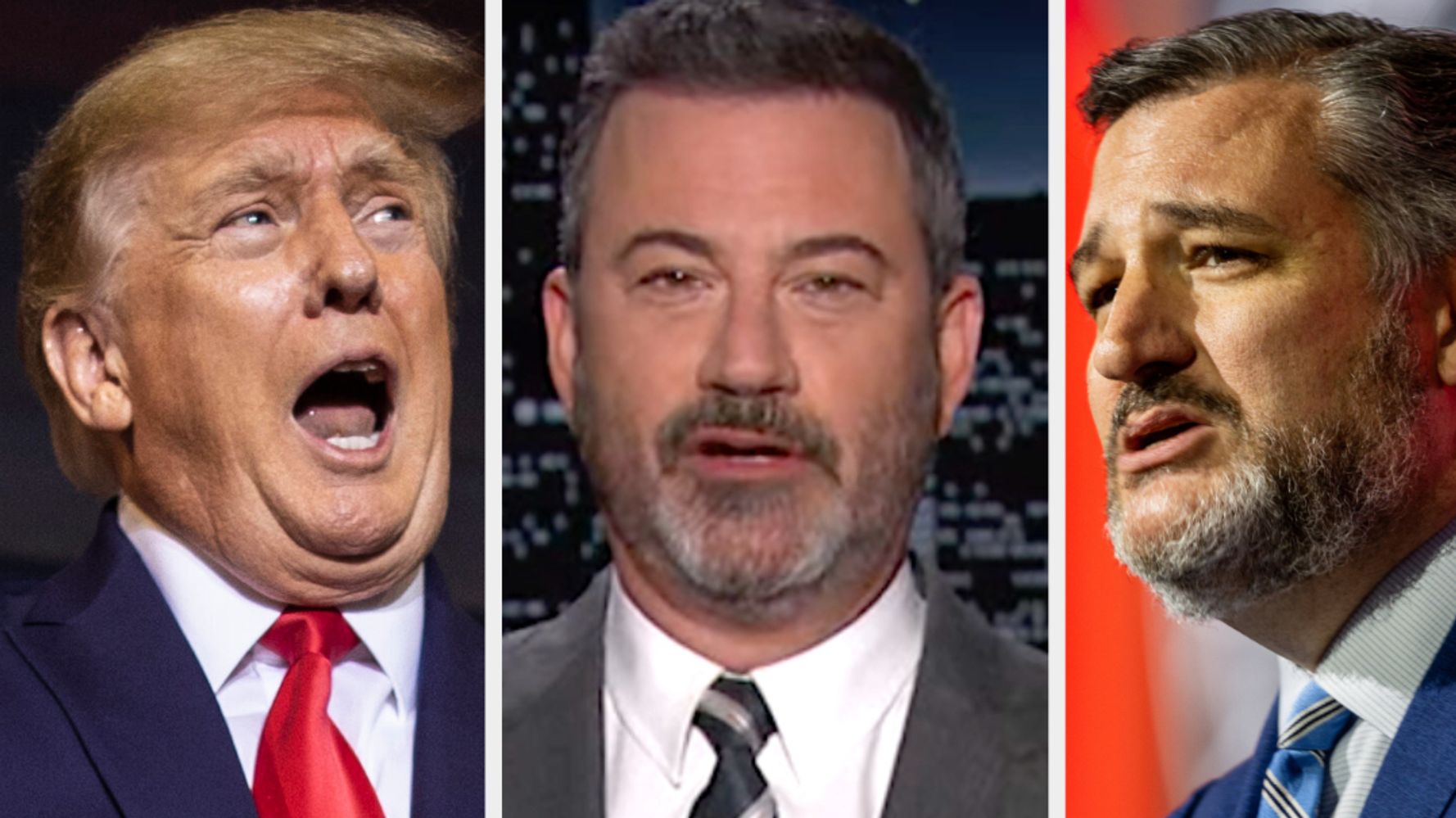 Jimmy Kimmel didn’t hold back while going after two of the NRA’s biggest apologists: Donald Trump and Ted Cruz.

A gunman killed 19 children and two teachers at a Texas elementary school days before the gun group’s meeting in Houston, but that didn’t keep the former president or current Texas senator from attending and giving speeches.

Kimmel tore into the pair for attending the “meeting of the mindless,” noting that Cruz was confronted at a restaurant before the event for blocking gun control measures.

“Ted Cruz must know that at this point, every busboy spits in his food, right?” Kimmel said. “Maybe that’s what he likes about eating out, I don’t know, but I for one hope Ted Cruz never gets to eat peacefully in a restaurant again.”

Rather than address the Uvalde killer’s legal purchase of military-grade assault rifles days after his 18th birthday, Cruz called for door control, demanding that schools have just one entrance.

“Wouldn’t it be a shame if people started piling their old doors up on Ted Cruz’s lawn?” Kimmel added. “Oh man, I would hate to see that. Imagine if there were so many doors in front of his door he couldn’t get out of the door.”

Trump also spoke at the NRA event, blaming mass shootings on mental illness and broken families rather than easy access to assault weapons.

“That’s right, the deranged narcissist who had children with three different women is lecturing us about mental illness and broken homes,” Kimmel said.

Bollywood live updates: Aamir Khan says Ranveer Singh was ‘quite bold’ to pose for nude photoshoot – The Times of India

Right-wing groups are exploiting OSINT to spread propaganda in India

Henry Silva, Actor Who Specialized in Menace, Dies at 95

Fitch cuts Pakistan’s sovereign credit rating to ‘CCC+’ from ‘B-’

Biden, Obama, Trump rally in Pennsylvania ahead of midterms