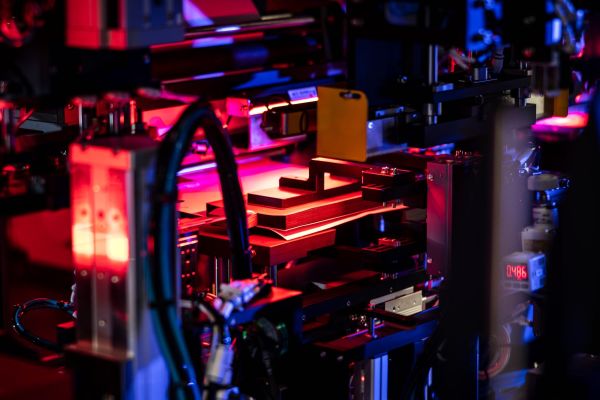 iPadOS 16 Debuts to Bridge Gap Between iPad and MacBook

Solid Power, a solid-state battery company, today unveiled a pilot production line for EV-sized cells that will be sent to automotive partners for testing. The move represents another step in the steady march toward solid-state lithium-ion batteries, which promise to bring unprecedented range and safety to electric vehicles.

“We validated that we can use industry-standard processes on this very flexible, learning, workhorse pre-pilot [production line],” said CEO Doug Campbell. “Now, we’re going to the next stage of production.”

“To the best of my knowledge — because I don’t have inside baseball info at what’s happening over in Korea or Japan — but to the best of my knowledge, it would be one of the industry’s largest production facilities dedicated to fully solid-state batteries. So that’s pretty darn cool,” he added. The advent of the line could mark a turning point for the U.S. battery industry.

The company went public via SPAC in December after raising several rounds. Solid Power has received backing from a long list of industry insiders, including automakers Ford, BMW and Hyundai; battery maker A123 Systems; and the venture arms of Samsung, Equinor and Koch Industries.

Solid Power has been working on a pre-pilot line since 2019. That more flexible line was intended to use industry-standard production techniques to produce ever-larger battery cells, starting with 2 Ah (amp hour) and scaling up to 20 Ah. While those are good specs for early test cells, they’re not nearly big enough for today’s EVs. The new line will focus on cells in the 60 to 100 Ah range, which is in line with current models.

The startup is focused on producing solid-state electrolytes, the material that helps shuttle electrons between the two electrodes. Solid-state electrolytes hold an advantage over existing liquid electrolytes because they help prevent spiky dendrites from growing on the anode. If those anodes grow too long, they risk bridging the gap between electrodes and causing a short circuit that can lead to a fire. That, along with other properties of solid-state batteries, allows the cells to store more energy and charge faster.

The first cells will be tested in-house — “there’s a classic saying in engineering, ‘you never do your first test in front of your customer,’” Campbell said — with a goal of shipping A-samples to automotive partners, which currently include BMW and Ford, by the end of the year.

Once that happens, Solid Power will continue using the pilot line to refine its production techniques. If all goes as planned, the company will eventually produce B-samples in the first half of 2024, a sort of beta product that will show the way to a near-production-ready C-sample. “I don’t even envision we will mothball it then,” Campbell said. “It’ll continue to be a workhorse for for next-gen cell designs.”

Campbell said that “assuming we execute and we don’t run into brick walls,” commercial-scale cell production could begin as early as 2026, which means Solid Power’s designs could end up in an EV in 2027.

All that jibes with what Solid Power has been saying for years. “We’ve pretty much stayed on our road map,” Campbell said. Solid-state batteries, which always seem to be just a few years away, will likely be ready to upend the EV market before the end of the decade.

How to make sure people see your digital party invite