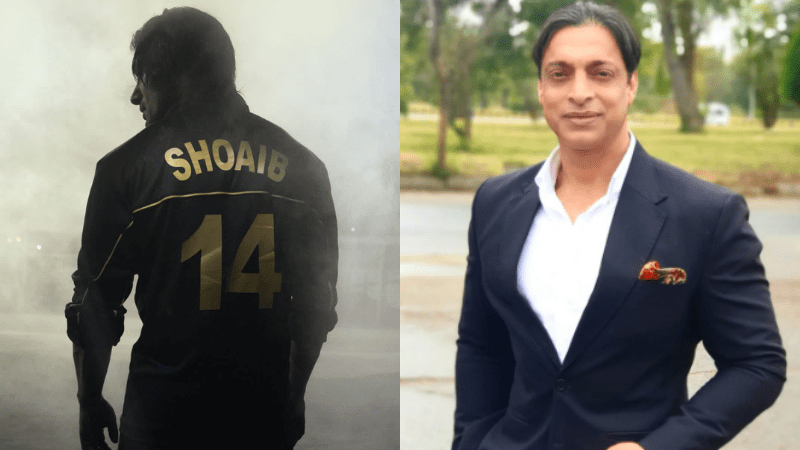 Earlier this year, former cricketer Shoaib Akhtar announced that his biopic, Rawalpindi Express, is in the works. The announcement sparked a debate on who will play the role of the pacer. The news has now broken that singer-actor Umair Jaswal will be playing the Akhtar in the film.

On Wednesday, Jaswal took to Instagram and shared a poster of himself wearing Akhtar’s number 14 jersey. “I’m honoured to play the living legend, Mr. Shoaib Akhtar on the big screen in Rawalpindi Express. With Allah’s blessings may we succeed in our endeavours. We look forward to bringing to you a first of its kind biopic film worthy of worldwide recognition,” the ‘Gagar’ singer announced.

The biopic is directed by Muhammad Faraz Qaiser, written by Qaiser Nawaz and produced under the banner of Q Films Productions.

“The film will span across 1975 to 2002 and requires physical transformation to be shown by an actor. Umair Jaswal perfectly fits the role as he is a sports and fitness enthusiast and has worked on his body and fitness level for several months. His dedication is unparalleled and he recognises the gravity of the role, and commitment required to bring in the persona of legendary cricketer Shoaib Akhtar live on screen,” Faraz said in a press release.

He shared that the singer has a keen understanding of the bowling technique that Akhtar was famous for and he feels extremely pleased to have him on board. He shared that the team and him are looking forward to start filming in December this year in Pakistan, Dubai, New Zealand and Australia.

The singer-actor said that this project “is a dream come true” for him as an actor and how he feels extremely fortunate to be playing the pacer on screen. “His life is an inspiration. He is not just a superstar in Pakistan but for all cricket lovers globally. It is a huge responsibility to shoulder, and I am completely aware of this. I am cherishing every moment of this journey and I will always treasure the time spent with him in preparing for this role which required a new level of dedication and effort,” said Jaswal.

He noted that Akhtar has recounted several stories as well as experiences of ups and downs that he faced in order to become an international star that he is today. The Waar actor hopes that the audience loves the narrative they have in store for them.

The rest of the cast has yet to be announced. The film Rawalpindi Express will release on November 16, 2023.

Why are migrants in the US being used as political pawns?