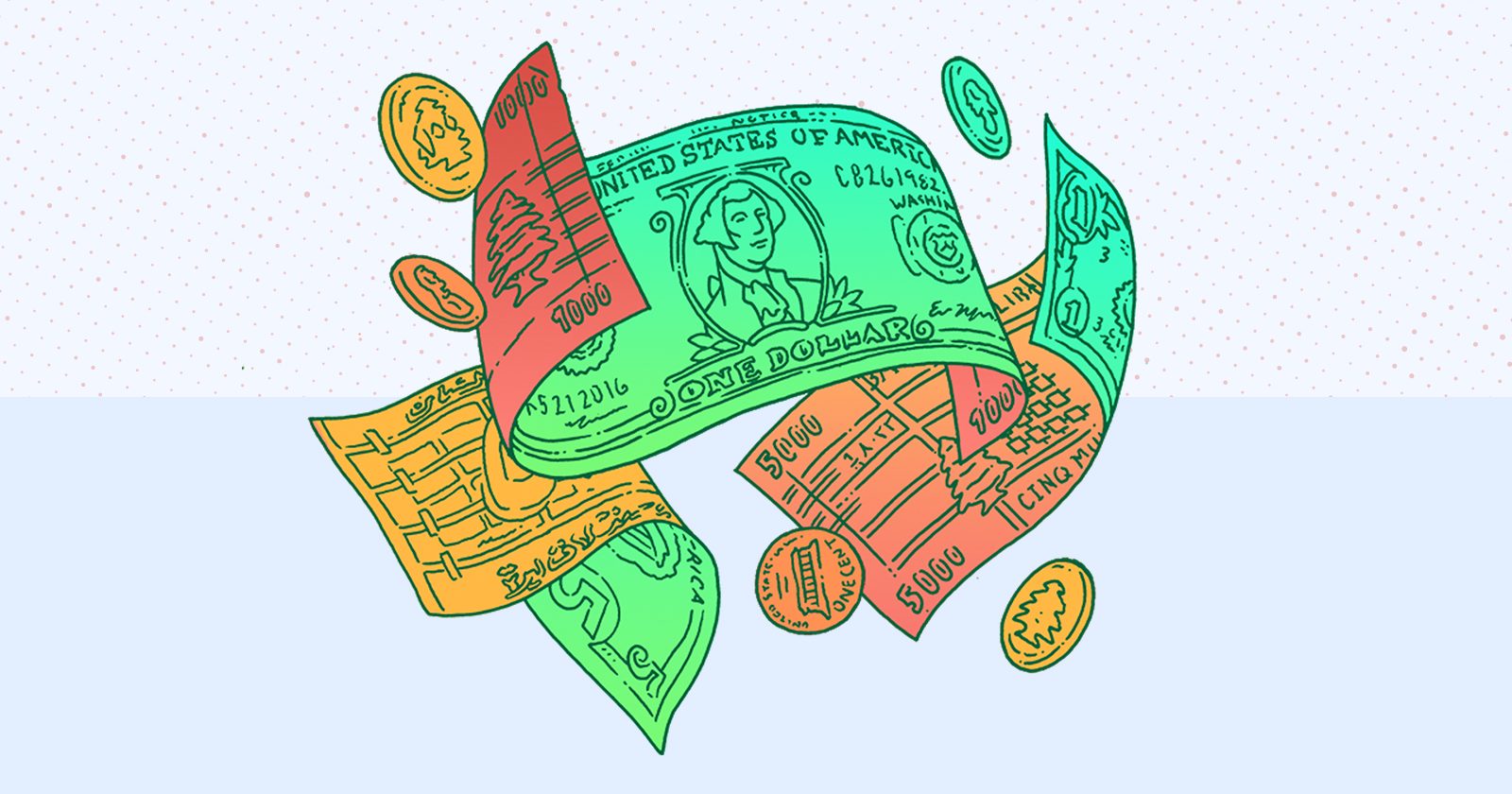 Mohamad, a former chef turned freelance currency exchanger, begins each day by scrolling through some of the 100 or so groups that have popped up on WhatsApp and other platforms that are dedicated to buying and selling U.S. dollars in Lebanon.

Mohamad, who asked not to be identified by his full name because his business is technically illegal, scans the groups to see what the going rate is, while his regular customers ping him looking to buy or sell. Business is brisk. “I have six customers waiting for me now,” he said as he sat for an interview at a café in Beirut’s trendy Badaro neighborhood in April. On that day, someone in Jbeil, a city on the northern coast, posted in one of the online groups wanting to sell $1,200 at a rate of 26,250 Lebanese lira to the dollar. In the Beirut suburb of Bourj Hammoud, someone else wanted to buy $1,500 at a rate of 26,200 lira. Money changers like Mohamad make their profits via commissions and by arbitraging exchange rates — buying low and selling high.

The rates on the “black market,” which is, in fact, the operative market for nearly all transactions in Lebanon, fluctuate hour by hour, while officially the lira remains pegged to the dollar at a rate of 1,507.5 lira to the dollar, as it has been since 1997.

Since the collapse of their financial system began in 2019, Lebanese citizens have faced an ever-changing and often dizzying series of hoops they must jump through to get the currency they need. Before the crisis, the dollar and lira were used interchangeably. With the lira rate now fluctuating wildly, many items, particularly imported goods, are now priced in dollars. After the crash, those who had savings in dollars found that they could no longer withdraw them from the bank, while those getting paid in lira found their salaries and savings shrink to a fraction of their former worth.

Christophe Gharios, who runs an online book-selling business, prices his goods in lira but needs a regular supply of foreign currency to pay for stocks imported from abroad. He’s also a cancer patient in the last stages of chemotherapy, and hospitals have taken to insisting on payment in dollars. Since the beginning of the crisis, Gharios has cycled through several ways of getting hard currency.

“At the beginning of the crisis, some banks were giving $200, for example, per week [as a withdrawal limit],” he recalled. “So, at first, we bought and sold from friends, because everyone had small amounts, and they were willing to buy and sell USD according to their need.”

Exchange offices soon started to trade money at the new parallel market rate, but the authorities attempted to intervene, blocking websites that tracked the black market dollar rate and cracking down on exchange houses that did not adhere to rates set by the central bank. Increasingly, people began to turn to independent operators like Mohamad, who would make house calls for trusted clients.

Sometimes Mohamad sends a broadcast out to his customers on WhatsApp advertising his rate. Other times, they contact him directly to place orders and negotiate the rate, and he turns up on his motorbike with the money.

While the authorities have now largely given up on policing the parallel market, allowing exchange houses to trade openly at the black market rate, some customers still prefer to deal with their own personal money changers. “My hairdresser is not only a hairdresser,” one wrote on Twitter, referring to their own informal arrangement. And while, in the beginning, there was competition between the traditional exchange houses and independent operators like Mohamad, he said that now they sometimes work together. “Sometimes they want to sell, for instance, an amount of money, and they don’t have the customers, so they ask us,” he said.

In December 2021, the central bank announced that it would provide dollars to banks to exchange for their customers at yet another rate, which is set on the Lebanese central bank’s Sayrafa platform. Gharios said that he prefers to buy dollars, when he can, from the bank at the Sayrafa rate, as it is cheaper than the black market.

Exactly how the rates are set on the black market isn’t clear. Representatives of the syndicate of exchange houses did not respond to a request for comment regarding how their businesses operate, the size of the market, and how the rates are set. Mohamad said the parallel market rate is “like the forex [market]; it’s like crypto, it depends on the supply and demand. … Nobody sets the rate.”

However, Mohamad Faour, an assistant professor in finance at the American University of Beirut, said that while the mechanisms for setting the black market price are “very opaque,” it is likely that some of the big exchange houses are “running the show as far as what the exchange rate is in the black market.”

He said that given that the estimated total size of transactions on the black market amount to only a few million dollars a day, “it doesn’t take a lot to move the market in any direction. Anyone who has a couple of hundreds of thousands of dollars [worth of currency], if they use them to buy dollars or sell dollars, they can easily move the market in a certain direction.”

What all parties — buyers, sellers, and analysts — agreed on was that the lira is likely headed for another crash, and there is no end in sight for the black market. “People do not trust the lira and do not trust the banks or even the government,” Mohamad, the money changer, said.

He checked his phone once more before hopping on his motorbike and zipping off to fill the next order.

Who will be a resident Pakistani taxpayer? | The Express Tribune

UN calls for Russia to pay reparations for Ukraine war