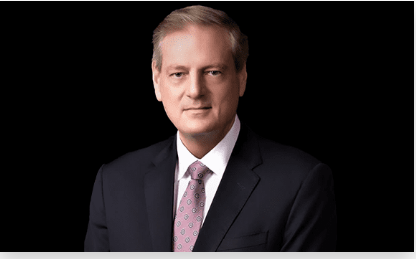 DeLuca will oversee the development, manufacturing, and sales of Ceer’s portfolio of consumer vehicles with the aim of producing electric cars replete with advanced technologies, the company said in a statement.

Prior to VinFast, DeLuca led General Motors’ manufacturing function across the world. In this role, he oversaw the company’s production processes and managed over 200,000 employees at 171 plants across 31 countries.

“Saudi Arabia recognises the importance of the automotive sector when it comes to economic growth and job creation, and I am looking forward to shaping Ceer into a car brand that is admired by both Saudi consumers as well as the wider industry,” said DeLuca.

“Ceer will help ignite Saudi Arabia’s automotive sector and create synergies of scale that the automotive industry will benefit from as more automotive manufacturing moves to the Middle East to make electric vehicles mainstream in the country and the wider region.”

Ceer is expected to attract over $150m of foreign direct investment, and create up to 30,000 direct and indirect jobs. It is also projected to directly contribute $8bn to Saudi Arabia’s GDP by 2034. Its cars are scheduled to be available in 2025.

Ceer has currently more than 400 employees who have commenced designing and engineering its vehicles.

These fake US government job ads are spreading more malware

US Senate votes on deal to dodge nationwide railroad strike

Musk: Apple wants to block Twitter from its app store

Twitter is dying, and I don’t feel so good myself