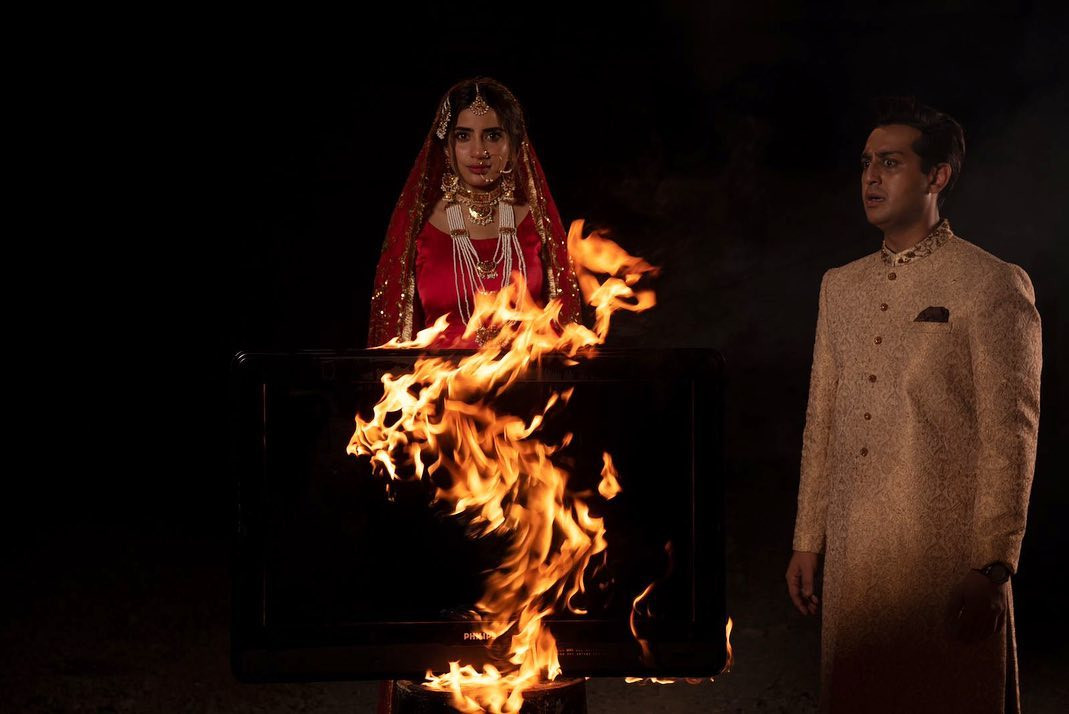 Love Island is back, but with a few major changes

Actor Saboor Aly recently took to Instagram to share a behind the scenes accident that took place during the filming of her television serial Nehar.

In a video featuring the actor and her co-star, Shafaat Ali, Saboor shared the production of a stunt scene that required a prop television to be set on fire. As Saboor stood opposite the burning television with her co-star by her side, the television fell near her feet, moments away from setting her on fire.

The incident, which had been recorded on a phone, was used by Saboor as an example for how dangerous and unpredictable acting can sometimes be.

The Parizaad star captioned the post, “Most people think we only get decked up and look pretty but the reality is a bit different.” Giving social media users an exclusive insight to what being an actor really entails, she continued, “In our line of work we work really hard. Scenes like these happen every now and then. Being an actor requires a lot of hard work and dangerous stunts as well. It’s not just glamour.”

Actor Munazza Harif also dropped a comment to present her two cents on how misunderstood the lives of actors are. “But very few would understand. Mostly people think we mint money and get dressed. That’s it,” she remarked.

Saboor has previously also acted in a number of serials including Naqab Zan, Ishq Mein Kaafir, Tum Ho Wajah and Gul-o-Gulzaar. She is currently working on Nehar, a drama that revolves around the old tradition of dowry and its adverse effects on the dynamics of a family.

Love Island is back, but with a few major changes