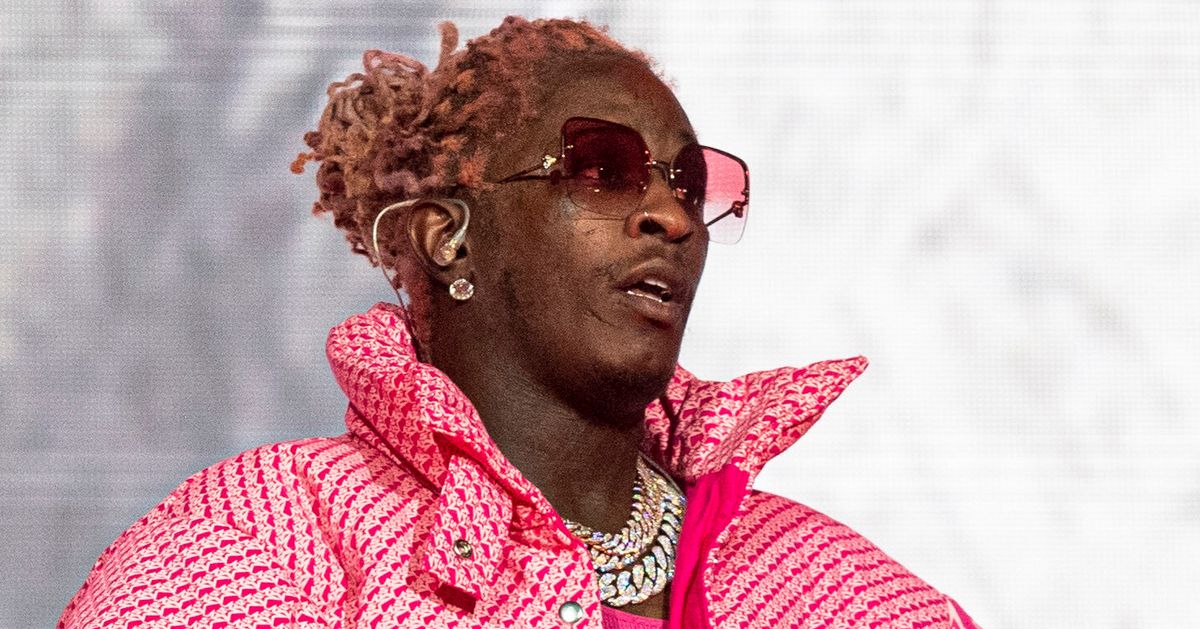 ATLANTA (AP) — Atlanta rapper Young Thug, who’s accused of conspiracy to violate Georgia’s RICO Act and participation in a criminal street gang, is facing six new felony charges along with four others linked to the case.

A new indictment was filed in Fulton County Superior Court last week against the artist, whose real name is Jeffery Williams. He now faces additional charges of participation in criminal street gang activity, violation of the Georgia controlled substances act, possession of a firearm during the commission of a felony, possession of a machine gun and drug charges, The Atlanta Journal-Constitution reported.

The new charges stem from what investigators found during Williams’ arrest on the original May 9 indictment at his home in Atlanta’s upscale Buckhead neighborhood, authorities said.

The initial indictment contained 56 counts against 28 people for alleged involvement in crimes committed on behalf of the Young Slime Life street gang. The updated indictment now contains 65 counts, six of which apply to Williams.

At the time of Williams’ arrest, there was a question of whether the new charges would be folded into the RICO case. Court records now indicate that is what has been done.

Williams’ attorney, Brian Steel, said his client is innocent and looks forward to fighting the charges in court.

“Mr. Williams has committed absolutely no crimes,” Steel told the newspaper on Wednesday. “We cannot wait for a trial date.”

Williams, along with rapper Gunna, whose real name is Sergio Kitchens, remain in jail after bond was denied for both earlier this year. Steel said a new bond hearing for Williams has been scheduled for next week. A tentative trial date has been set for Jan. 9, 2023.

Shannon Stillwell and Quamarvious Nichols were charged with one additional count of possession of a firearm by a convicted felon related to the death of Shymel Drinks on March 18.

Arnold’s attorney, Ashleigh Merchant, told WSB-TV that she is confident her client won’t be convicted. She said he will plead not guilty to the new charges as he already has to the original charges.

The indictments center around Young Slime Life, an alleged gang prosecutors say was founded by Williams and two others in Atlanta with ties to the national Bloods gang.

Young Thug co-wrote the hit “This is America” with Childish Gambino, making history when it became the first hip-hop track to win the song of the year Grammy in 2019.

Tofu vs Paneer: A nutrition faceoff | The Times of India

Judith Durham, Australian Folk-Pop Icon And Lead Singer Of The Seekers, Dies At 79