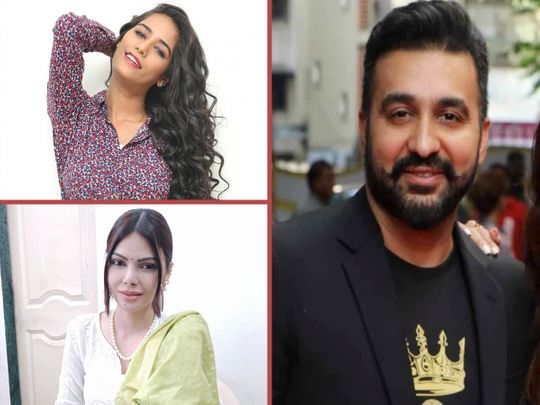 Mumbai: Businessman Raj Kundra – husband of Bollywood actress Shilpa Shetty – and others have been charged with making pornographic content in a couple of deluxe hotels which was distributed by OTT platforms for monetary gains, the Maharashtra Cyber Police have said.

Earlier in 2021, the Mumbai Police Crime Branch had filed its separate chargesheet in April, followed by a supplementary chargesheet in September in the sensational pornographic racket case that came to light after a raid at a bungalow in Madh Island bungalow in February (2021).

The Cyber Police, which had filed a case in 2019, have claimed that Kundra, Director of Armsprime Media Ltd. was engaged in producing and distributing obscene videos on certain websites.

Pandey is also accused of developing her own mobile App, ‘The Poonam Pandey’, getting her videos shot, uploading and circulating them with the help of Kundra’s company.

According to the Cyber Police, Dubey had also shot Chopra’s videos, while Jhunjhunwala is accused of aiding and abetting by scripting and directing stories for her (Chopra).

After the high-profile case was exposed in the swoop by the Mumbai Police Crime Branch, in which several of the accused were nabbed, Kundra was sent to two months custody before getting bail in September 2021.

The other accused included Ryan Thorpe, the IT chief of Kundra’s firm Viaan Enterprises, Yash Thakur alias Arvind Shrivastav who is believed to be living in Singapore and Kundra’s brother-in-law Pradeep Bakshi, based in London, running companies Kenrin and HotShot.

Trump says he will make a ‘big announcement’ on Nov. 15

Gwyneth Paltrow Talks Nepotism With Hailey Bieber, Jokes About Sleeping With Her Dad

Qatar out as Ecuador and the Netherlands share points

Vicky Kaushal celebrates 4 years of ‘Manmarziyaan’; recalls a scene that cost him a few stitches – See photo – Times of India

The $528m spotlight on Blibli

The fit and fabulous foodies of Bollywood