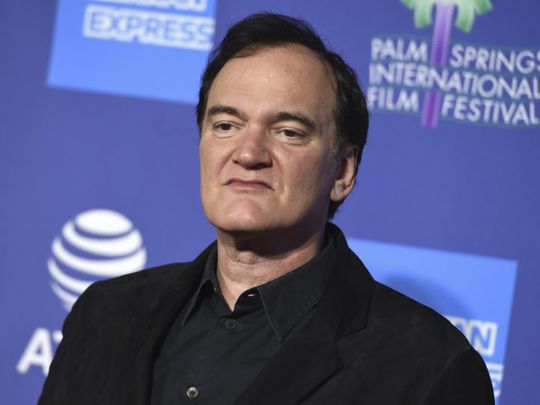 “I’m an entertainer. I want to leave you wanting more.”

Tarantino previously teased his retirement in June 2021. When appearing on “Real Time With Bill Maher”, he confirmed he’s bowing out to focus on writing.

“I know film history and from here on in, filmmakers do not get better,” he said.

“Don Siegel – if he had quit his career in 1979, when he did Escape from Alcatraz, what a final film! What a mic drop,” the Tennessee native added. “But he dribbles away with two more other ones.”

Tarantino, who’s also behind movies like “Django Unchained” and “Pulp Fiction”, recently reflected on his projects throughout his entire career in a recent SiriusXM interview with Howard Stern.

During the chat, he declared that ‘Once Upon a Time in Hollywood’ is his “best movie” to date.

“For years people used to ask me stuff like that,” the Oscar winner said. “And I would say something like, ‘Oh, they’re all my children.’ Then I would change it to, ‘Well, it kind of depends on when you ask me. If you ask me one year, or one moment, I could say, oh, ‘Kill Bill’.”

“Another one I could say something else.’ (But) I really do think ‘Once Upon a Time in Hollywood’ is my best movie.”

Who will be a resident Pakistani taxpayer? | The Express Tribune

Could flat tyres soon be a thing of the past?

Kim Kardashian shares cryptic post about being in a ‘hard place’