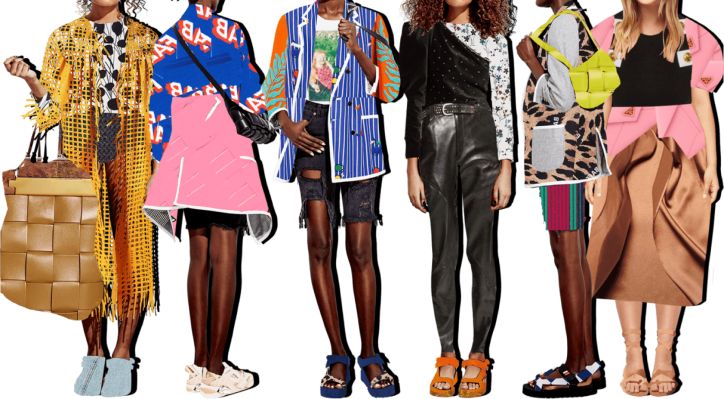 KASHISH Film Festival director Sridhar Rangayan on ‘Badhaai Do’: The LGBTQ community has embraced the film warm-heartedly – Times of India

As Pinterest sets its eyes on improving the online shopping experience on its platform, the company announced this afternoon it’s acquiring the A.I.-powered shopping service for fashion known as The Yes, founded by e-commerce veteran and former Stitch Fix COO Julie Bornstein and technical co-founder, Amit Aggarwal. Deal terms were not disclosed, but the acquisition will help to establish a new strategic organization within Pinterest to help drive the company’s shopping efforts, including the development of features for both shoppers and retailers, the company says.

The arrives at a time when Pinterest is attempting to navigate a shift in how people shop online. While users once relied on Pinterest’s pinboard of images to find inspiration, today, they’re more drawn to creator content, video, and highly personalized feeds. The Yes may be able to help with the latter, given the technology it runs under the hood.

Founded in 2018, The Yes built a personalized daily shopping feed that learns a user’s style as they shop from across hundreds of fashion merchants. Primarily focused on women’s fashion — including apparel, handbags and accessories — the app was different from Bornstein’s earlier efforts at Stitch Fix, which had included human stylists picking out items to ship to more passive shoppers who wanted to be surprised by new finds in their monthly boxes.

The Yes, on the other hand, catered to those who actually browse and shop online in a more active manner. It also offered a broad selection of brands ranging from Gucci, Prada and Erdem to contemporary brands like Vince and Theory to direct-to-consumer brands like Everlane and La Ligne to everyday brands like Levis, as TechCrunch previously reported.

Of interest to its new acquirer, The Yes had also built out an extensive fashion taxonomy that used human expertise and machine learning to power its fashion-finding algorithms. Pinterest learned this system could be developed further to expand beyond apparel in order to reach other categories that are popular across its site — like home, beauty and food.

This all ties in, too, to Pinterest’s growing efforts to attract creators to its platform who now publish videos and livestreams designed to encourage Pinterest’s users to shop the products they’re recommending. As users watch content and then turn to Pinterest’s feed, they could discover more products and the algorithm would get smarter.

Upon the deal’s closure, Pinterest says Bornstein will report directly to Pinterest co-founder and CEO, Ben Silbermann, and will be tasked with leading shopping vision and strategy across Pinterest. This will involve the creation of a new organization dedicated to taste-driven shopping efforts on Pinterest. In addition, The Yes team will also join Pinterest following the transaction’s close.

“The Yes team are experts in building an end-to-end shopping experience,” said Silbermann, in a statement. “They share our vision of making it simple to find the right products that are personalized for you based on your taste and style. We’re very excited about The Yes’s talented team and technology as we build dedicated shopping experiences on Pinterest,” he added.

“I’ve spent my career at the intersection of shopping, fashion and technology and have seen first-hand the valuable impact of building technology that enables brands to join a platform with ease while enabling customers to share their preferences,” Bornstein said. “Joining forces with Pinterest to broaden our reach utilizing such an inspirational platform is an exciting and ideal next step for our team and technology.”

As a result of the acquisition, The Yes will shut down its app and site and will focus solely on Pinterest.

The company expects the deal to close in the second quarter of 2022.

Weight loss: Common mistakes people make while trying to bust belly fat (how to rectify them) | The Times of India

How can governments respond to an increasing number of strikes?