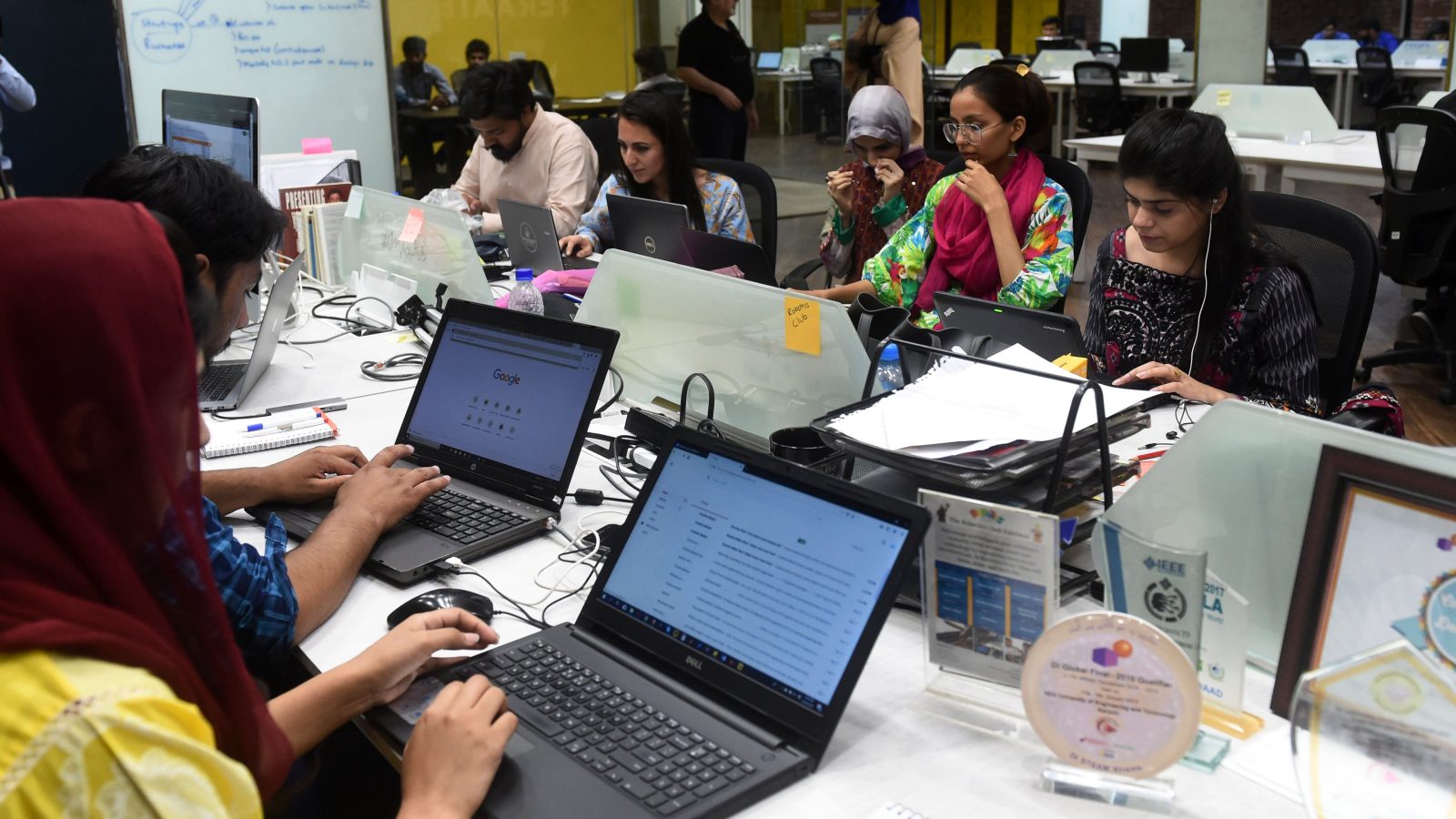 In the spring of 2021, Qatar-born edtech startup Stellic decided to hire a head of engineering in Pakistan. The company used LinkedIn and sought the services of two recruitment agencies to find a candidate. Ten months later, however, the role is still open. “We have been trying different channels, but we haven’t found the right candidate,” Sabih Bin Wasi, founder and CEO of Stellic, told Rest of World.

Stellic’s struggle reflects a broad trend in the Pakistani tech industry, where companies — startups as well as traditional IT firms — are struggling to attract the right talent. The tech boom in recent years has created a severe shortage of trained tech workforce in the world’s fifth most-populous country. Experts believe the industry must come up with innovative ways to overcome the shortage soon, if it wants to continue its impressive growth.

“There’s literally a war for talent these days,” Salman Shahid, CEO of recruitment startup Kamayi, told Rest of World. “The situation has perhaps been the worst for local software houses, who cumulatively employ some 70% of the human resource, as they train fresh graduates only to lose them to well-funded startups.”

Over 57% of the respondents in a survey of 150 Pakistani entrepreneurs in 2021 cited the availability of top managers to be a “major” challenge. “The emergence of a growing number of venture-backed startups has led to companies competing for a limited talent pool by offering salaries way above market rate, along with other perks,” Invest2Innovate, the Pakistani startup accelerator that conducted the survey, said in its report. “The technology sector witnessed one of the steepest pay increases in 2021, as companies gave higher-than-usual increments in order to retain their resources.”

After graduating from a prestigious college in Karachi in June 2019, Ali Hasan (name changed) took up his first job at a salary of 20,000 rupees ($128 at the time) per month — not much higher than the minimum wage — at a small software firm in Karachi. Three days later, he quit, lured by a well-known tech company that was offering double the salary. He signed the contract with the second employer, but, a day before joining, he took up another offer that would pay him three times the initial salary. Since his graduation, Hasan has appeared for “hundreds of interviews” and signed at least seven offer letters, he told Rest of World, requesting anonymity, as he does not want future potential employers to doubt his intentions to commit to an offer.

Only two years later, Hasan was making 50 times his original salary as a staff software engineer for a global travel tech company.

This kind of steep career growth was unheard of in Pakistan until a couple of years ago.

A few years ago, a software engineer in Pakistan who had work experience of around three years would make about 150,000 rupees ($1,000 at the time) a month, according to Shahid of Kamayi. Now, someone with the same skills and experience earns double that. More than 40% of Pakistani tech companies gave over 30% increment raises to their employees in 2021, while 41% of firms gave hikes of between 15% and 30%, according to a survey by the Pakistan Software Houses Association ([email protected]). Yet, the annual turnover rate for the industry shot up to 30% in 2021 from 18% the year before.

There are over 500,000 people working in the IT and business process outsourcing (BPO) sectors in Pakistan. The country produces around 25,000 fresh computer science graduates every year, which is growing by 5% each year. Most of these graduates cannot be put on jobs immediately. “Only 20% of those graduates are actually employable. Very few local universities are actually training their students on newer technologies, like Javascript and Python, which account for almost 80% of our exports,” Mustafa Najoom, vice president of growth at Gaper.io, a recruitment startup that helps Pakistani engineers find jobs with U.S. companies, told Rest of World.

To navigate the situation, Pakistani tech companies are coming up with unique solutions.

Salesflo, a supply chain software catering to consumer goods companies, has launched a structured graduate program, which recruits recent college graduates and trains them across a range of business functions. “In our first year of Salesflo, we hired four fresh graduates because that’s all we could afford at the time. But the results were so encouraging that from next year onwards, we developed it into a structured graduate program,” Yasir Suleman Memon, co-founder of Salesflo, told Rest of World.

Salesflo has also chosen an unlikely destination to set up its engineering hub: Hyderabad, the eighth largest city in Pakistan. “There’s a lot of wonderful talent in cities like Hyderabad, Multan, Bahawalpur, etc., who have to move to metropolises for jobs, so why not take the jobs there?” Memon said.

Several tech companies are also trying to tackle the problem of talent shortage via coding camps and open-source courses.

One of the largest export-oriented IT services companies in Pakistan, 10Pearls, has set up “10Pearls University,” which offers free training and online courses in different technical disciplines. “To double our IT exports, we need to increase our workforce by two times,” Zeeshan Aftab, managing director and co-founder of 10Pearls, told Rest of World. “To address this, we need to combine multiple strategies: provide software development training to graduates of other engineering disciplines who haven’t secured jobs, incentivize women with professional IT qualifications who have become homemakers to rejoin the workforce, and adjust the current degree programs so students can join the workforce after two to three years of studies and complete the final year while working.”

Learn how to create an equity framework in 10 minutes

Shopping trends in UAE and MENA ahead of Black Friday sales