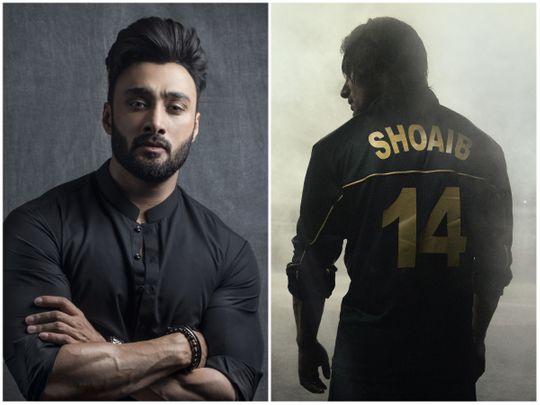 “This project is a dream come true for me as an actor,” Jaswal said in a statement. “I feel extremely fortunate to portray Mr Shoaib Akhtar on screen. His life is an inspiration to several youngsters of Pakistan… He has recounted several stories and experiences of the ups and downs he has faced in life en route to becoming an international star cricketer.”

Singer-songwriter Jaswal kicked off his career in the entertainment business as the lead vocalist of rock band Qayaas. He is also known for starring on popular music show ‘Coke Studio’ and his acting debut with period drama ‘Mor Mahal’.

The upcoming movie’s title comes from Akhtar’s nickname ‘Rawalpindi Express’, which refers to the cricket legend’s hometown and for him being considered the world’s fastest bowler. He was the first ever bowler to be recorded bowling at 100 miles per hour. Akhtar retired from international cricket in 2011.

Director Qaiser said Jaswal will have to work hard to transform into the sporting icon.

“The film will span across 1975 to 2002 and requires physical transformation to be shown by an actor. Umair Jaswal perfectly fits the role as he is a sports and fitness enthusiast and has worked on his body and fitness level for several months,” Qaiser said. “Umair has a keen understanding of the bowling technique as well.”

He added that they are “looking forward to start shooting from December 2022 in Pakistan, Dubai, New Zealand, and Australia.”

Can Tunisia finally manage to get past the World Cup group stage?

US targets Nicaragua’s gold sector in latest push against Ortega