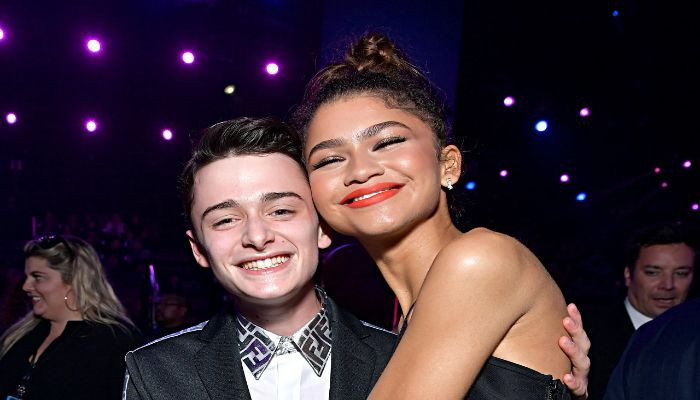 When Noah Schnapp finally got to meet his crush Zendaya, he was on top of the world.

Schnapp won the title of Best Frightened Performance at the 2018 MTV Movie & TV Awards. Before starting his acceptance speech, he stumbled, “Hi, Zendaya,” as he saw the 25-year-old actress in the audience.

Schnapp previously stated that he adored the Spider-Man actress in a pre-show interview. Despite the fact that they were not introduced at the awards ceremony, Zendaya called Schnapp’s admission of love “adorable” in a tweet.

Recalling the occasion, he said, “It was amazing. I just remember seeing her out of the corner of my eye and walking up to her” said Schnapp on The Tonight Show with Jimmy Fallon. “I was really, really nervous. And I was like, ‘Oh, my God, it’s actually her. This is the first time I’m meeting her”.

The Will Byer actor continued, “She smelled great, and she was so cute. And she towered over me. And she bent down, and she’s like, ‘Hi, Noah,’ with her little squeaky voice. Yeah, I remember everything”.

Insights: The financial sector remains a popular target for cybercriminals

YC’s Michael Seibel clarifies some misconceptions about the accelerator