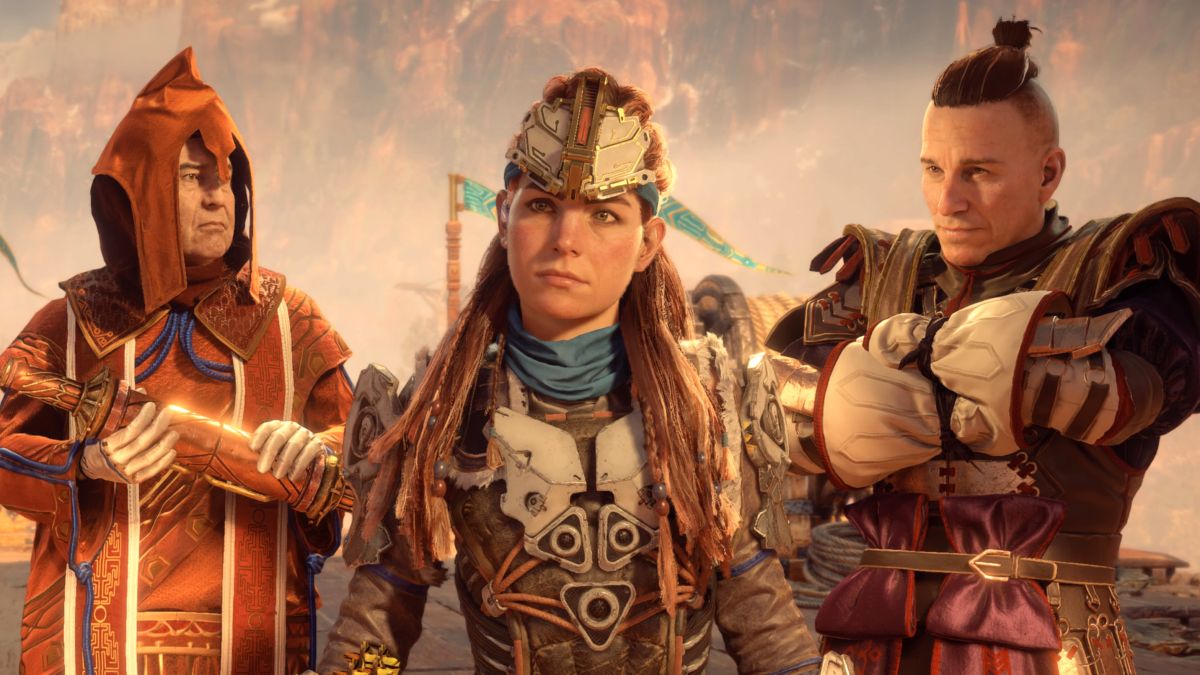 As part of tonight’s State of Play, Sony’s irregular broadcast of PS5 game news, Guerilla games revealed some surprising news for Horizon Forbidden West fans – something players have been calling from since day one.

The new update, which is releasing today, adds a whole spread of quality of life features to Horizon Forbidden West, but, most importantly, a New Game+ mode and an Ultra Hard difficulty setting. The former will let you replay the campaign with all of your unlocked abilities and gear, though now facing off against harder versions of the game’s enemies. And the latter, well, the latter lets you dive straight in against more powerful, smarter, and tougher beasts from the off.

The new Horizon Forbidden West update isn’t just about adding challenge to an already tough game. Developer Guerilla Games has also added a transmog feature that, according to the post (opens in new tab) on the Sony Blog, “allows [you] to easily customize the cosmetics of their equipped outfit to look like any other owned outfit.” This means you no longer need to pick between fashion and stats.

The other new feature is also a welcome change from the Horizon Forbidden West base game. You can now respec your character for free, reassigning all of your skill points freely, letting you experiment with different character builds as you progress through the campaign.

Paired up with all these new features is a set of fresh trophies to be unlocked as you play through on New Game+ and Ultra Hard mode.

As to future updates to the game, Guerilla has confirmed that it has places to add VRR support and improve rendering on both the PS4 Pro and PS5.

So, what are you waiting for? Go and download the update and start your new Horizon Forbidden West campaign right now.

‘Hazing’ Grapples With Multiple Complex Truths Around The Harmful Tactic

Conservative capitalists are funding their vision of the future