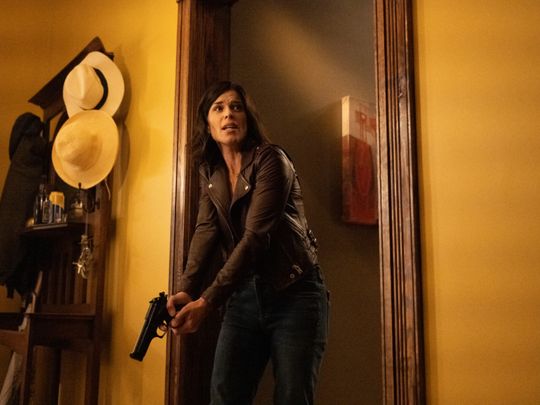 Men, Here’s How To Solve All Your Summer Chafing Issues

Hollywood actress Neve Campbell has confirmed that she will not be starring in the sixth movie in the slasher film franchise ‘Scream’ over inadequate pay.

“Sadly, I won’t be making the next ‘Scream’ film. As a woman, I have had to work extremely hard in my career to establish my value, especially when it comes to ‘Scream’. I felt the offer that was presented to me did not equate to the value I have brought to the franchise,” said Campbell, as reported by Hollywood Reporter.

However, Campbell has professed her love for all the ‘Scream fans’.

“It’s been a very difficult decision to move on. To all my ‘Scream’ fans, I love you. You’ve always been so incredibly supportive to me. I’m forever grateful to you and to what this franchise has given me over the past 25 years,” Campbell added.

The sixth instalment of the ‘Scream’ franchise will commence shooting from the next month of summer.

In the original 1996 slasher created by Kevin Williamson and Wes Craven, Campbell played protagonist Sidney Prescott, who, along with the characters played by Courteney Cox and David Arquette, among others, faced off with a killer nicknamed Ghostface.

Zelenskyy promises no let up in counter-offensive against Russia

Sixth edition of ‘Dubai Fitness Challenge’ will begin from October 29