Shweta Bachchan Nanda’s daughter Navya Naveli Nanda might have stayed away from showbiz but she is surely one of the most followed star kids on social media. She is quite active on Instagram and is often seen treating her fans with stunning pictures. On Friday, Navya wished her grandparents, Amitabh Bachchan and Jaya Bachchan on their wedding anniversary.

She took to her Instagram story and shared adorable pictures of the evergreen couple. Navya shared three pictures to wish the duo. The first picture seems to be from a film set. Big B is seen holding Jaya while she is too shy to look into the camera. Along with it, Navya wrote, “Happy anniversary” followed by a heart. The second picture was from their younger days. Both of them are seen looking at each other and flashing their million-dollar smiles. While the third picture is from their recent family celebration. She shared both the pictures with heart emojis. Have a look: 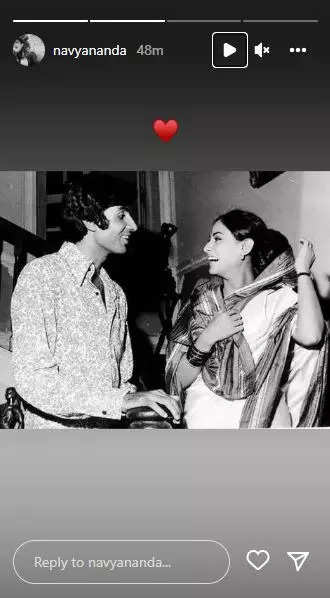 On the work front, Big B will be soon seen in ‘Brahmastra‘ with Alia Bhatt and Ranbir Kapoor. He also has ‘Goodbye’, ‘Project K’ and the remake of ‘The Intern’.

Tata Power Said to Have Been Hit by Cyberattack, IT Systems Affected

Gmail is getting the security upgrade it’s always needed