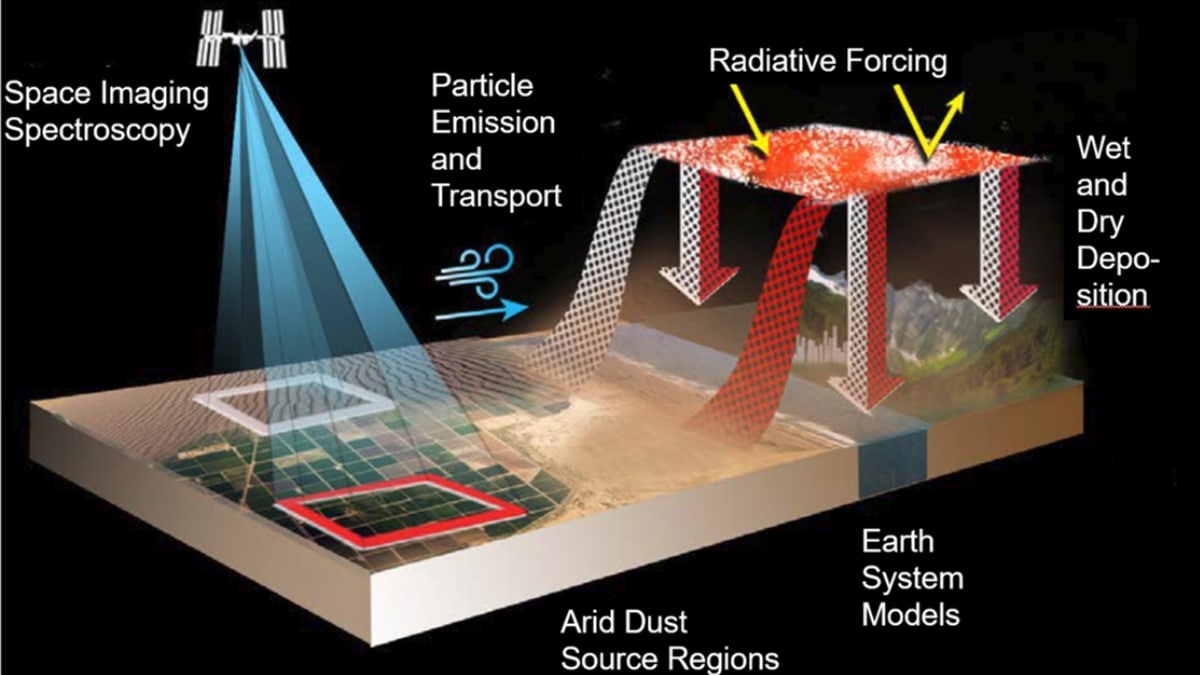 Bowled out for eight – Nepal U19s thrashed by UAE

NASA is set to launch a probe to the International Space Station (ISS) on June 10 that will monitor climate change on Earth. Named Earth Surface Mineral Dust Source Investigation (EMIT), this probe will study the composition of mineral dust from Earth’s arid regions and how the desert dust carried through the atmosphere affects the planet. EMIT is set to be launched on June 10 aboard SpaceX’s 25th commercial resupply services mission. The Dragon spacecraft will also deliver supplies and a variety of science equipment for the international crew. The spacecraft will carry over 4,500 pounds (roughly 2,041 kg) of cargo.

The spacecraft is expected to reach the ISS on June 12. It will dock autonomously to the forward-facing section of the station’s Harmony module, with NASA astronauts Kjell Lindgren and Bob Hines monitoring operations from the station, NASA said.

The focus of EMIT mission is to study how mineral rock dust (such as calcite or chlorite), which travel thousands of miles after being stirred up by strong winds in desert areas, can heat or cool the atmosphere and Earth‘s surface.

The space agency will broadcast live coverage of this mission.

Here are the key timings:

The launch coverage will begin at 10am EDT (7:30pm IST) on NASA TV and NASA website.

Russia’s Unfounded Claims of Secret U.S. Bioweapons Linger On and On

The coverage for Dragon docking will begin at 5am EDT (2:30pm IST)

The mission will carry several other investigations to the International Space Station (ISS) that include studying the aging of immune cells and the potential to reverse those effects during postflight recovery, how sutured wounds heal in microgravity, and a student experiment testing a concrete alternative for potential use in future lunar and Martian habitats. The spacecraft is expected to spend about a month attached to the orbiting outpost before it returns to Earth with research and return cargo.

Interested in cryptocurrency? We discuss all things crypto with WazirX CEO Nischal Shetty and WeekendInvesting founder Alok Jain on Orbital, the Gadgets 360 podcast. Orbital is available on Apple Podcasts, Google Podcasts, Spotify, Amazon Music and wherever you get your podcasts.

The Sexist Pseudoscience at the Heart of Biology

How to blow $85 million in 11 months: The inside story of Airlift’s crash

The layoff blues are back