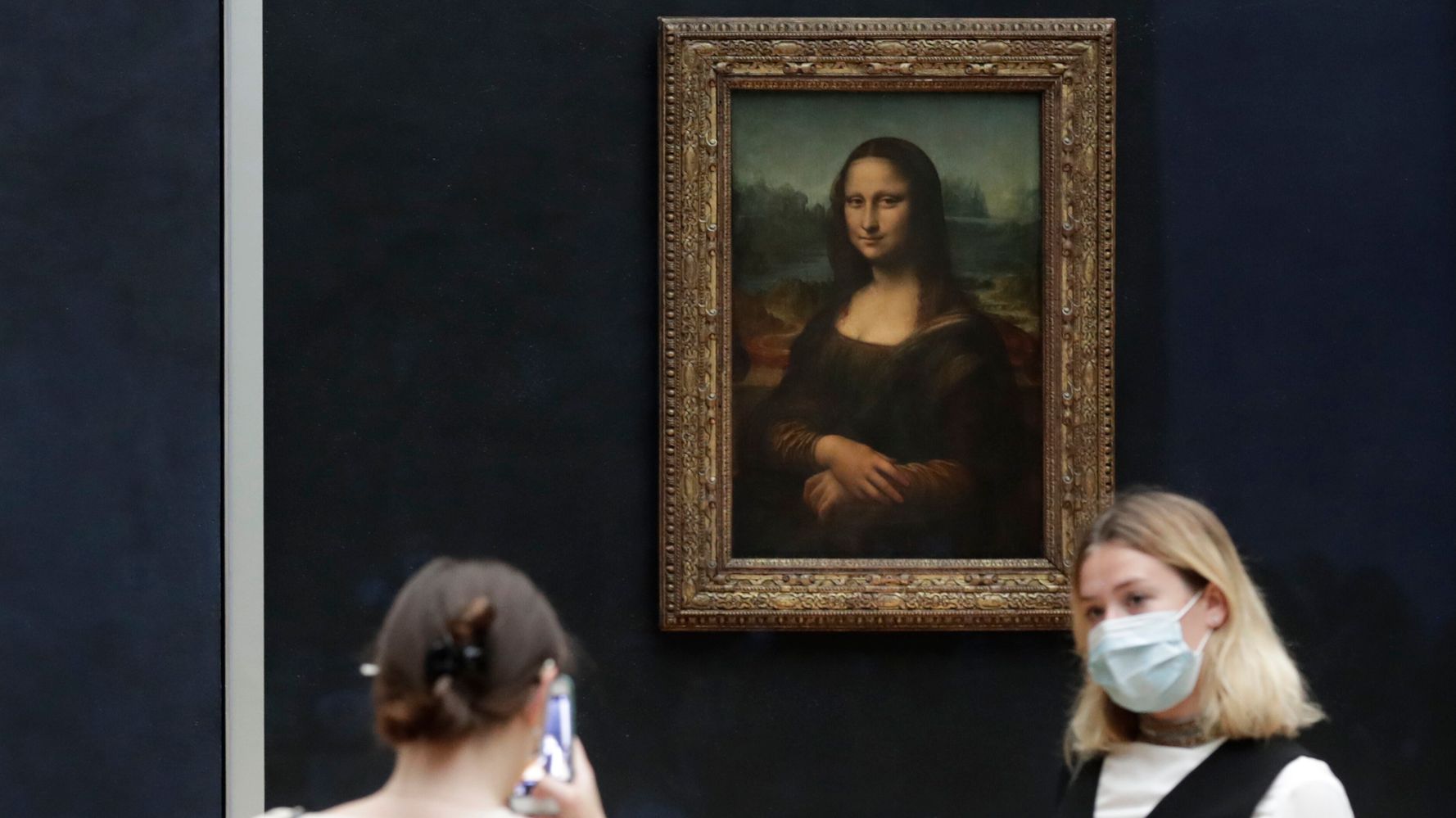 PARIS (AP) — A man seemingly disguised as an old woman in a wheelchair threw a piece of cake at the glass protecting the Mona Lisa at the Louvre Museum and shouted at people to think of planet Earth.

Videos posted on social media appear to show a young man in a wig and lipstick who had arrived in a wheelchair. The man, whose identity was unknown, was also seen throwing roses in the museum gallery on Sunday.

The cake attack left a conspicuous white creamy smear on the glass but the famous work by Leonardo da Vinci wasn’t damaged.

Maybe this is just nuts to me💀but an man dressed as an old lady jumps out of a wheel chair and attempted to smash the bullet proof glass of the Mona Lisa. Then proceeds to smear cake on the glass, and throws roses everywhere all before being tackled by security. 😂??? pic.twitter.com/OFXdx9eWcM

Guards were then filmed cleaning the smeared cream from the glass. Officials at the Louvre weren’t immediately available for comment.

The 16th-century Renaissance masterpiece has been targeted before.

The painting was stolen in 1911 by a museum employee, an event which increased the painting’s international fame.

It was also damaged in an acid attack perpetrated by a vandal in the 1950s, and has since been kept behind glass.

In 2009, a Russian woman who was angry at not being able to get French citizenship threw a ceramic cup at it, smashing the cup but not harming the glass or the painting.

Comedian James Corden is banned from a restaurant in New York

The firms making flour from mushrooms and cauliflower

The menopause moment: Is all the talk really helping women?

WHO Expert Says Monkeypox Won’t Turn Into Pandemic, But Many Unknowns