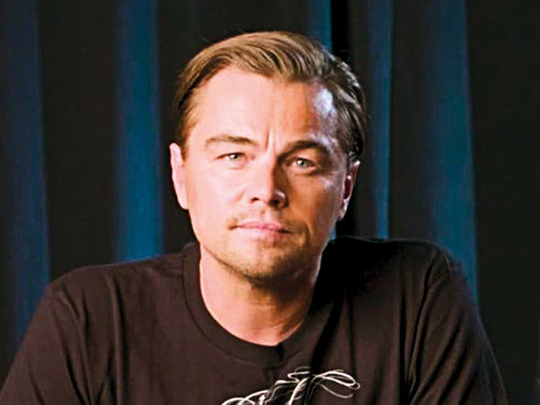 Los Angeles: Hollywood star Leonardo DiCaprio was almost turned down for his now-iconic role in ‘Titanic’ due to his diva behaviour.

Having led several movies and scored an Oscar nomination for 1993’s ‘What’s Eating Gilbert Grape’ at the time, the actor acted snobbish during a meeting with James Cameron, reports aceshowbiz.com.

The filmmaker revealed in an interview with GQ that DiCaprio refused to read during a screen test with Kate Winslet. The ‘Avatar’ helmer said the actor had already come for a meeting before during which he “charmed everyone.”

“There was a meeting with Leo and then there was a screen test with Leo,” Cameron detailed the casting process for the 1997 movie.

“The meeting was funny because I am sitting in my conference room, waiting to meet an actor. And I look around, and all the women in the entire office are in the meeting. They all wanted to meet Leo. It was hysterical.”

DiCaprio left a different impression during the screen test.

“He came back a couple of days later, and I had the camera set up to record the video,” Cameron said.

“He didn’t know he was going to test. He thought it was another meeting to meet Kate. So I said, ‘Okay, we’ll just go in the next room, and we’ll run some lines and I’ll video it.’ And he said, ‘You mean, I’m reading?’ I said, ‘Yeah.’ He said, ‘Oh, I don’t read.’ I shook his hand and said, ‘Thanks for coming by,’ ” the director recalled.

Cameron was ready to turn away DiCaprio right then and there, but the actor came back to him and said: “Wait, wait, wait. If I don’t read, I don’t get the part? Just like that?” Cameron responded, “Oh, yeah.” He went on explaining how important the project would be to him, “Come on. This is a giant movie that is going to take two years of my life, and you’ll be gone doing five other things while I’m doing post-production. So, I’m not going to mess it up by making the wrong decision in casting. So, you’re going to read, or you’re not going to get the part.”

“So he comes in, and he’s like every ounce of his entire being is just so negative – right up until I said, ‘Action.’ Then he turned into Jack,” he shared. “Kate just lit up, and they played the scene. Dark clouds had opened up, and a ray of sun came down and lit up Jack. I’m like, ‘All right. He’s the guy.'”

While Winslet had already secured the female lead part at the time, Cameron initially also had some reservations about casting the actress, who had already done some historical films prior to ‘Titanic’.

“I actually didn’t see Kate at first,” the 68-year-old admitted. “She had done a couple of other historical dramas as well, and she was getting a reputation as ‘Corset Kate’ doing historical stuff.”

Cameron was afraid that putting Winslet in the role “was going to look like the laziest casting in the world.” He agreed to meet her in the end and thought she was “fantastic.”

‘Titanic’ ended up becoming a massive box office success, collecting $2.2 billion worldwide. It was also loved by critics, scoring 14 Academy Award nominations and winning 11 of them.

Preschool Punks and Dancing Mommies at the Linda Lindas Show

Kenya to expand trade ties with the UAE