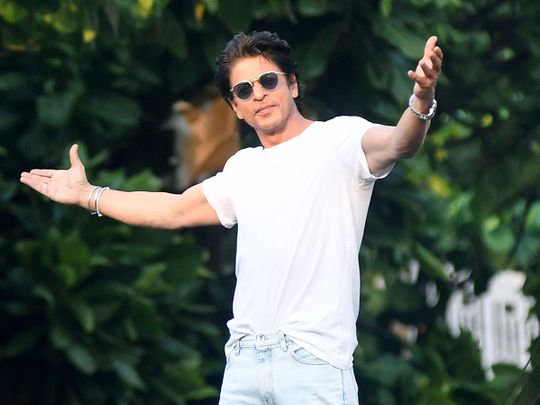 However, his wife Gauri Khan, who has designed the nameplate in front of the mansion, said that it is made of a “transparent material with glass crystals”. Gauri explained in her Instagram post: “The main door of your home is the entry point for your family and friends. So the name plate attracts positive energy… We chose a transparent material with glass crystals that emit a positive, uplifting and calm vibe.”

The nameplate also says ‘Landsend’ because the sea-facing bungalow is situated in the land’s end part of Bandstand in Bandra.

SRK often greets his fans from his balcony as he did recently on his birthday on November 2. Fans now have all the more reason to put the camera shutter sound in action with the installation of the new nameplate.

Gary Nelson, Director Of ‘Freaky Friday’ And ‘Get Smart,’ Dies At 87

On the work front, SRK has three big-ticket releases in the pipeline first of which is ‘Pathaan’ from the YRF spy universe. The film will mark SRK’s return to the silver screen after a hiatus of 4 years. Additionally, he also has Rajkumar Hirani’s ‘Dunki’ in which he will share the screen with Taapsee Pannu and south director Atlee’s ‘Jawan’.