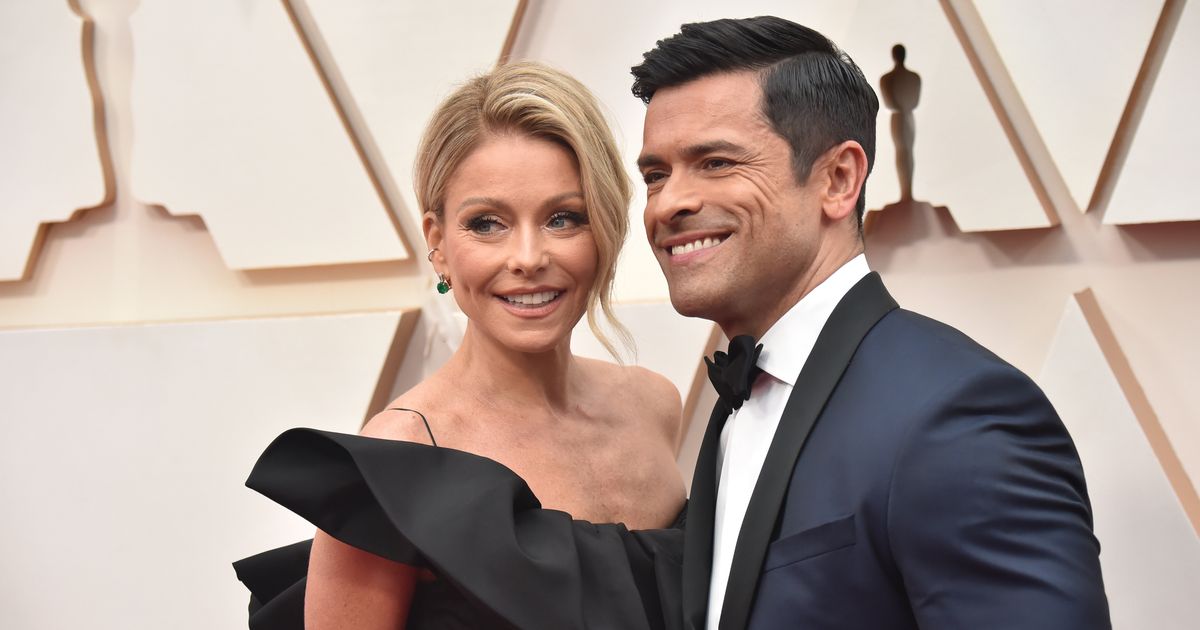 Queen Elizabeth II and the Shape of 20th-Century Power Dressing

Talk show veteran Kelly Ripa occasionally dishes on her bedroom life with husband Mark Consuelos, but not like this.

The “Live With Kelly and Ryan” host wrote in the upcoming book “Live Wire” that she once passed out during sex because of large cysts on her ovaries.

When she regained consciousness, she was in the emergency room.

“My eyes shift between the fuzzy images on the screen, the remnants of my ovarian tormentor, and Mark happily snacking away,” she wrote in an excerpt shared by Haute Living on Wednesday.

“Sex can be so traumatic I think, and yet one of us is completely undaunted. There he is, happily munching on the saltines now and ordering a second apple juice. Mark could be at a movie, or a spa. Instead, I’m flat on my back wondering when the other two cysts will burst.”

In 2020 Ripa confirmed her husband’s bulge was all that observers made it out to be. She also revealed on air in 2019 that her then-18-year-old daughter walked in on the couple having sex on Father’s Day, which also happened to be the teen’s birthday. “You just ruined my birthday and my life,” Ripa quoted her as saying.

The 1997 ER visit recounted in her book, subtitled “Long-Winded Short Stories,” is also tinged with humor. Haute Living reported that Consuelos, known these days for his bad-guy role on the TV series “Riverdale,” decked out his unconscious spouse in a French-cut leotard and red Manolo Blahniks — sometimes known as “fuck me shoes” — for the trip to the hospital.

“Here is my husband, who is, dare I say, stylish, well-dressed at all times, and yet he dressed me like a dime store prostitute in my time of need,” Ripa wrote. “It’s still baffling to me to this day that this is the best costume for the day that he could find for me, to the point where, when I was on the stretcher, I thought I was dreaming; I was having a nightmare. I didn’t realize I had come to.”

Once looked down upon, second-hand clothes are now fashionable in South Asia

What does the future look like for e-commerce aggregators? – TechCrunch