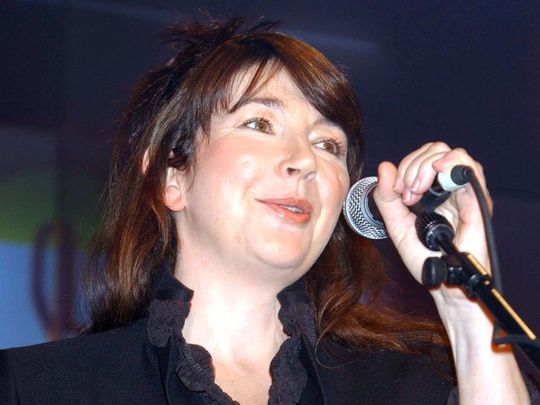 “You might’ve heard that the first part of the fantastic, gripping new series of ‘Stranger Things’ has recently been released on Netflix,” Bush wrote on her website. “It features the song, ‘Running Up That Hill’ which is being given a whole new lease of life by the young fans who love the show — I love it too! Because of this, ‘Running Up That Hill’ is charting around the world and has entered the UK chart at No 8.”

The track has been soaring on the charts, reaching No 8 on the Billboard Hot 100, surpassing its No 30 spot from back in 1985.

“It’s all really exciting! Thanks very much to everyone who has supported the song. I wait with bated breath for the rest of the series in July. Best wishes, Kate,” the 63-year-old singer added.

‘Running Up That Hill (A Deal With God)’ was the lead single from her album ‘Hounds of Love’. The singer is also known for tracks such as ‘Babooshka’ and ‘Wuthering Heights’.

‘Stranger Things’ ends on July 1 with ‘Volume 2’ of its final season.

Drew Barrymore Says She Can Go ‘Years’ Without Sex: ‘What’s Wrong With Me?’

Ways to look taller without wearing heels – Times of India

What’s in Our Queue? ‘Never Have I Ever’ and More

US pop-rock band OneRepublic to return to Dubai in November