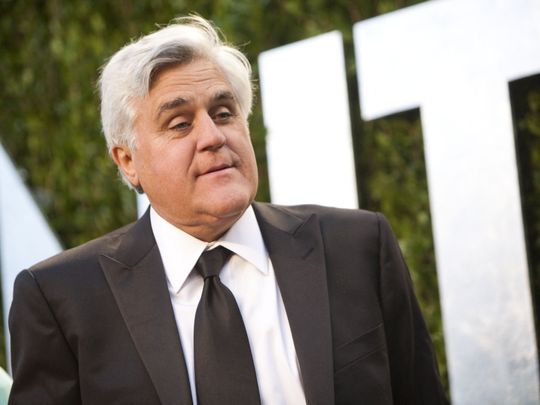 “Jay would like to let everyone know how thankful he is for the care he received, and is very appreciative of all of the well wishes,” the hospital said in a statement shared with news outlets. The hospital did not immediately reply to an overnight request from The Washington Post for comment.

“He is looking forward to spending Thanksgiving with his family and friends and wishes everyone a wonderful holiday,” the hospital said.

His physician and burn centre medical director Peter H Grossman added that he was “pleased with Jay’s progress” and “optimistic that he will make a full recovery.”

He was admitted on November 12 after a fire broke out at the Burbank garage where Leno, who is known for his enthusiasm for classic and other cars, stores his vast collection of vehicles. He underwent surgery for serious burns but was in good spirits during his hospital stay, telling jokes and handing out cookies to other patients, the Associated Press reported.

An image released by the hospital showed severe burns to his neck, jaw and right arm, as he was flanked by staff.

In a statement this month, Leno said he felt “ok” and would “need a week or two to get back on my feet.”

His friend and fellow comedian Tim Allen said that he had spoken to Leno and that Leno had received skin grafts and was “all bandaged up” but was “not on painkillers.”

Happy Birthday Hansika Motwani: Looking back at her super-cute pics

“He’s just an amazing human being,” Allen said Monday on the “Tonight Show Starring Jimmy Fallon.” “The hospital did a great job.”

He retired from the show in 2014 and began hosting “Jay Leno’s Garage,” an Emmy-winning web series about cars, inspired by his passion, that landed a prime-time spot on CNBC in 2015 — and featured President Biden as a guest in its recent Season 7 finale driving a Ford F-100 Eluminator electric vehicle. Leno also has hosted a revival of the “You Bet Your Life” game show since 2021.