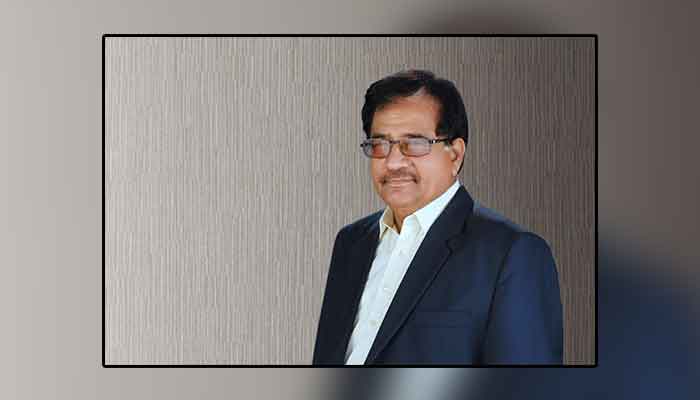 Everything you need to know about the 2022 FIFA World Cup

In the early 1980s, as he carried banners of the Lakson Tobacco Company on his motorbike through the dusty roads of Lahore, Chaudhry Abdul Jabbar must have looked indiscernible from the sea of daily wage workers carrying their logistical loads all over the city.

But this young man had a unique vision and purpose that set him apart from his many peers in the rat race that is urban life. Over the course of the 1980s and 90s, he would come to dominate the world of on-air advertising and become a powerhouse in Pakistan’s media. A man who came to be known by the name thaikaydar.

To those in the media fraternity, Jabbar Thaikaydar was a household name. He was the person that changed how business was done in Pakistani media. To most outside the media business, he was a largely unknown figure, and the news of his passing on the 11th of November this year will not have been noticed beyond a glance.

Yet how did this young man from Sahiwal come to be one of the most powerful people in the media business in Pakistan? Profit looks back at the life of this self-made rural man who turned dust and stones into gold.

The kid from Sahiwal goes to Lahore

It is a story as typical as they come. Right after completing his intermediate exams, Abdul Jabbar left his hometown Sahiwal to earn a better means of income in the city of Lahore. Once in the provincial capital, he found himself involved in the advertising business.

Essentially, all advertising space in the big city was owned by someone or the other. This means that to put up billboards, or banners between electricity poles, or even flex ads on trees you have to pay rent to someone or the other. But since you can’t individually pay rent for all of these spots, what most places do is give out their advertising space on thaika. That was the role Jabbar found himself in. He would buy up advertising space in and around Gadaffi stadium before sports events, and corporations wanting to hang their banners and posters in the area would approach Jabbar who would give them rates and help them set-up their marketing campaigns.

Always on the lookout for growth, Jabbar took these humble beginnings and kept his eye on the bigger picture. In the 1980s and 90s, there was no bigger advertising avenue than television. Except things worked differently in the world of tv adverts. Back in the day, there was only really one channel which was the state-run PTV. The channel allotted fixed slots for programs and the evening slot of 5:00-6:00 pm was not the most ideal for viewership, and therefore for commercials. But Jabbar did something revolutionary.

He brought his old school thaikaydari style of making money off of physical advertising space and brought it to broadcast media. He bought 50% of the one-hour advertising airtime PTV offered between 5:00-6:00 pm on lease.

Except instead of selling this one hour to advertisers directly, he used that time to air sporting events. Through this coverage, he gained the attention of the biggest corporations of the time. He eventually managed to get the Lakson Tobacco Company to bankroll the airing of kabbadi. That’s right, the very same Lakson Tobacco Company whose adverts Jabbar once carried around on his bike were now the main sponsors behind the shake-up in the media industry he was responsible for. That is when he came to be known as Jabbar Thaikaydar, as his business idea made ripples in the industry.

From here, slowly but surely, Jabbar increased the scale of his contracting and eventually started buying time for weekend slots on PTV and sublet it to private production houses to air their dramas. He became a genius in TV production that earned him the contract of PTV’s biggest programme Nelaam Ghar, which was renamed to Tariq Aziz Show under his production in 1990s.

But Jabbar was silent in his journey and let only his success make the noise. In a conversation with Raihan Merchant, a former employee of Abdul Jabbar and a veteran in the media and communications business, Profit learned that Jabbar was extremely secure and confident in his work. “He was not scared of competition. When I started my own business, I was technically going to be his competition (against his Matrix media buying house). But to me he was a benefactor and he always acted like it. He linked me with the Director Marketing and Director Finance at PTV and guaranteed me their support when I was starting out with my agency PMC,” mentioned Merchant. “He always wanted to nourish the quality, and so he welcomed anyone who wished to enter the market with open arms.”

Somewhere around 1998 and 2000 Jabbar came up with another innovation in broadcast media. After gaining a contract of three years from PTV, he launched PTV Prime — a channel exclusively for Pakistani diasporas living in the UK and USA. He used to record capsules of four to five hour long programs on digital tapes in Pakistan and parcel them to the UK and USA where the program and channel would run on their local cables. With this launch, PTV Prime became the face of Pakistan globally.

“He is responsible for the big breaks of many media personalities,” mentioned Sarmad Sufian, host of the PTV Prime’s flagship show Dream Saturday. The channel and the program gained so much viewership that many young artists strived for a feature. The show introduced many stars for the first time on screen, including Atif Aslam, who also recently shared the clip of the show on his Facebook.

The only thing greater than his business acumen was his way of living life. Speaking to some of Abdul Jabbar’s close aides, Profit learned that he was known for humility and simplicity. “Despite making big bucks in the business he never forgot his roots. He used to travel in economy and you could never tell that he is one of the media giants just by looking at him,” recalled a colleague who wished to stay anonymous.

“Even amongst his own shows he used to sit behind in the audience. We used to ask him to come forward and let the audience know who he was but he would always respond  ‘nai mey aithayi changa’ (I’m alright just here)”, mentioned his colleague who worked closely with him in ATV.

Merchant, who was a young media professional in PTV in the 1990s said that Jabbar was a solution oriented person. “Working within the strict bureaucratic structures of PTV was not always easy. Oftentimes I’d be frustrated about things and he would just remind me to calm down, take the matter in his own hands and negotiate the problem with higher ups,” recalls Merchant.

Abdul Jabbar was an industry giant. He became the first one to launch privately owned terrestrial channels such as ATV, which soon came under partnership with PTV after its booming profitability. It was during the same time that he launched another privately owned satellite channel known as A-Plus which focused on entertainment content.

But like any other businessman, Jabbar also faced his fair share of lows. In his last years he found his businesses under extreme financial constraint. In 2021, numerous cases were lodged against him and his channel Public News for the nonpayment of employees salaries. This time was extremely difficult for him. “He was stressed and all he would talk about was repayment of his loans,” mentioned another media veteran. “It was our time to pay him back,” said Raihan Merchant, who made advance payments to the channel to pay the due salaries of the employees.

Many of his close aides believed that his simplicity was often taken for granted. Some of them even claimed that his financial dips owed to certain individuals in the industry who used him for personal gains. Profit reached one of those individuals but could not receive a response. What is undeniable, however, is that Jabbar left a mark set in stone on Pakistan’s media landscape.

Nothing Phone 1 First Impressions: Lighting Up the Competition

Why equity in healthcare matters and how technology can reduce the gap?

Kashmir football legend whose career was cut short by conflict