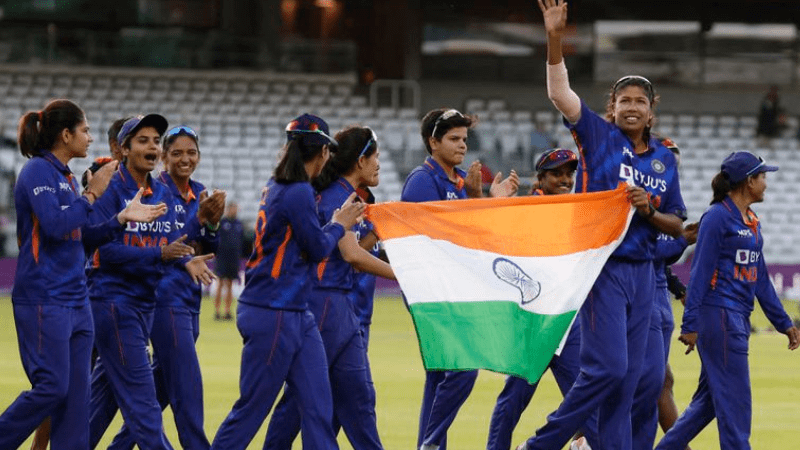 India’s men’s and women’s national cricket teams will be paid the same appearance fee to represent their country, Board of Control for Cricket in India (BCCI) Secretary Jay Shah said on Thursday.

“We are implementing pay equity policy for our contracted BCCI women cricketers,” Shaw wrote in a post on Twitter. “The match fee for both men and women cricketers will be same as we move into a new era of gender equality in Indian cricket.

Earlier this year, the BCCI said a fully fledged women’s Indian Premier League (IPL) could begin as early as next year. Former India women team captain Mithali Raj said it was a “historic” decision. “The pay equity policy along with the WIPL next year, we are ushering into a new era for women’s cricket in India,” Raj wrote on Twitter.

The Pakistani Cricket Board has been making some moves as well. Last year, it introduced paid maternity leaves lasting up to 12 months for its female cricketers. It comes as part of their Parental Support Policy which is intended to motivate and support athletes in their journey to parenthood, through pregnancy and after birth, accommodating both male and female athletes under its contracts.

Captain of the Pakistani team Bismah Maroof announced her maternity leave last year and has only received support as she balances her career with motherhood.

This New Ryan Gosling Thriller Is The Top Movie On Netflix

The power of collaborative communication tools

What Is Pissed? Jeopardy Fans Go Off On Major Rule Change Under Consideration.

After listening to ‘Moonrise’, fans think Atif Aslam is the king of all genres