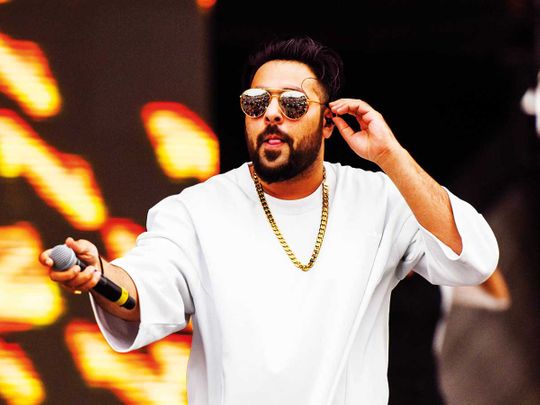 “I am thrilled to be performing at the ILT20 opening ceremony,” he said in a statement. “I have been a huge cricket fan all my life and it’s an honour for me to be performing at what has the hallmarks of becoming one of the biggest T20 Leagues, in front of some of the biggest cricket stars, and fans, from all over the world. To produce the ILT20 Anthem is also extremely exciting. I am confident the fans will love it and get behind it each time it’s belted-out across the stadiums.”

The inaugural ILT20 will be played in a 34-match format across the UAE’s world-class cricket facilities in Dubai, Abu Dhabi and Sharjah.

Speaking about Badshah performing at the opening ceremony, Mubashshir Usmani, General Secretary, Emirates Cricket Board said: “League management is absolutely delighted to have one of India’s biggest performers at the ILT20 opening ceremony. It is very important for us to get off to a blistering start, and Badshah will certainly help enthral the crowd before the cricketers work their magic on our three [competition] venues.”

Usmani also hinted that another global performer will join Badshah to launch the league.

“The League’s opening match will be well-complemented by an additional world-class performance that will help start proceedings. We will share more details on this exciting act, as well as how fans can secure tickets to enjoy all the ILT20 action soon,” he said.

Can Europe work together on soaring energy prices?

Incubayt Investments to fund The Waste Lab, a female-led startup

Anyone Can Be a VTuber. Here’s How to Get Started

Texub to showcase its global B2B marketplace at Gitex Global

Masks no longer required in most public places in UAE: NCEMA