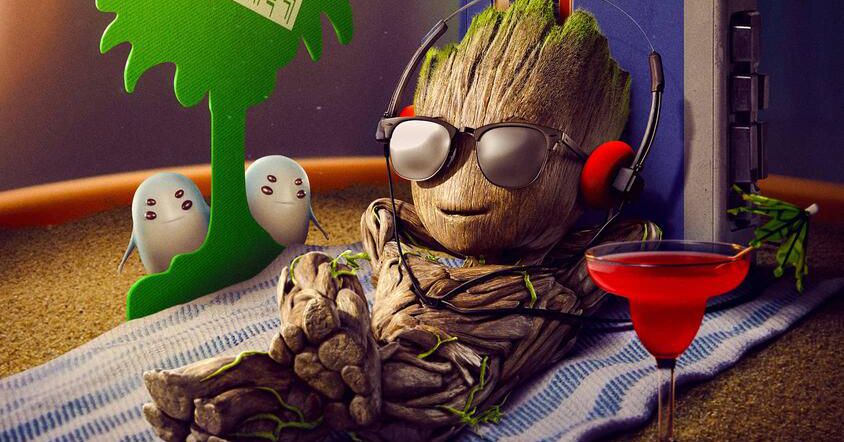 I Am Groot will hit Disney Plus on August 10th. The animated series of shorts centers around none other than the Baby Groot himself, with Vin Diesel reprising his role as the voice of the adorable anthropomorphic sapling.

Marvel Studios teased the upcoming series in a tweet, showing off an official poster with Baby Groot chilling out atop one of the headphones attached to Peter Quill’s (played by Chris Pratt) iconic Walkman. He rests beside a palm tree-shaped air freshener — that shows just how tiny he really is — with two, four-eyed penguin-like creatures (that are somehow even smaller than Baby Groot) peeking out from behind. We haven’t seen these two mischievous-looking creatures in any of The Guardians of the Galaxy films, but it looks like they’ll play some sort of role in the new series.

Besides the poster, Marvel and Disney haven’t revealed much else about the show, although Marvel vaguely describes it as “following Baby Groot’s glory days growing up, and getting into trouble among the stars.” We don’t know if any other Guardians will make an appearance in the show in an animated form, or if it’ll solely focus on Groot (and his very limited vocabulary).

Disney already has several short series — most of them geared toward kids — on its streaming service that follow the beloved side characters that may not have gotten the spotlight in the movies they appeared in, like Dug Days, Olaf Presents, and Ice Age Scrat Tales. I’m not denying that Disney milks the hell out of these characters’ lovability, but I’m not really complaining either.

What would retreat from Ukraine’s Kherson mean for Russia?

Wheat: Why India’s export ban matters to the world