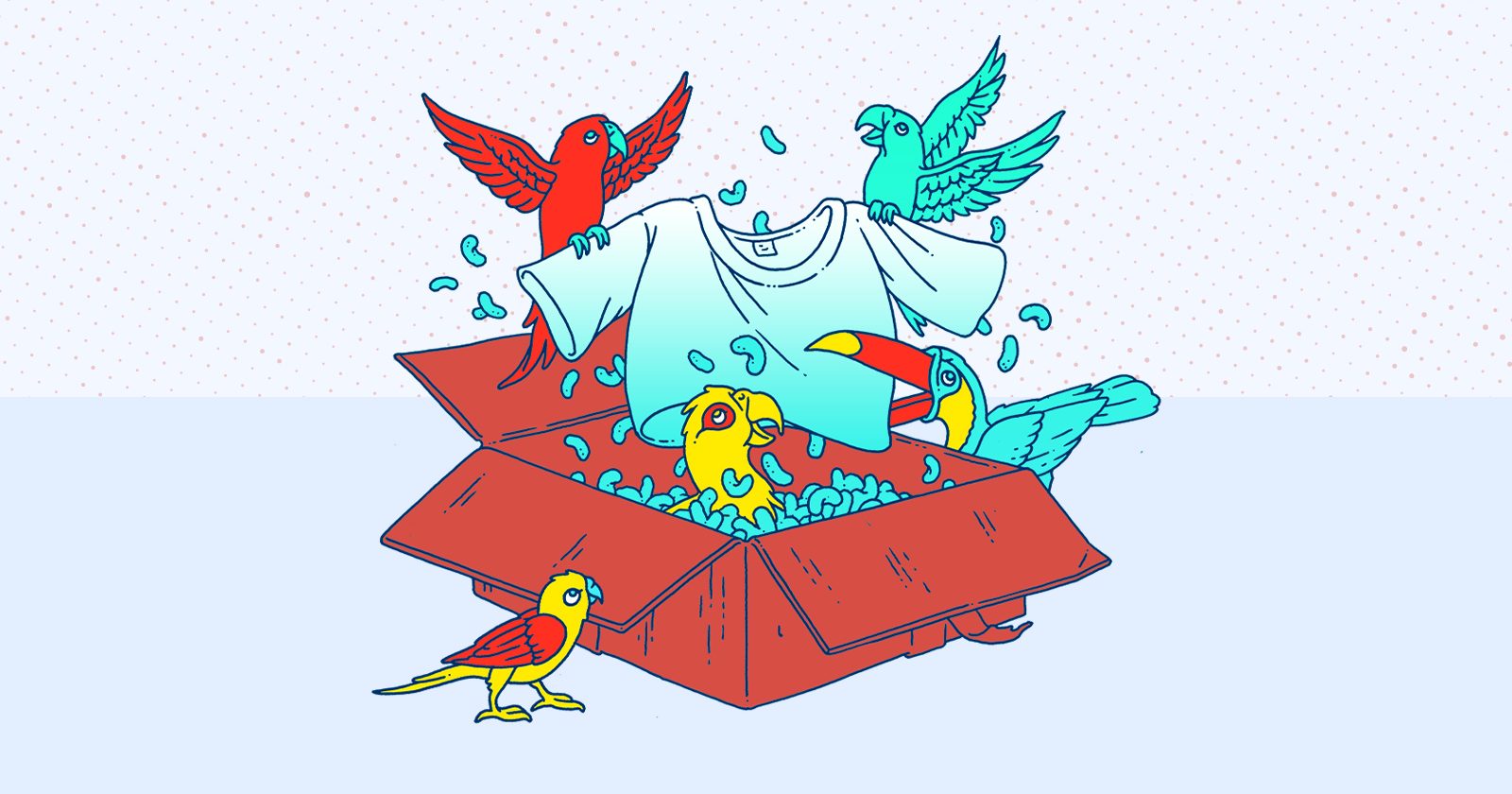 The last time Christina Pazetti, a 43-year-old interior designer from São Paulo, wore the white crop top she bought during a trip to Bahia was right before the pandemic. She was still glowing with the tan that made her buy it in the first place.

Then came lockdown, and there wasn’t much use for the garment at home, miles away from the beach. “For a while, I kept it as a memory from that trip, until I finally decided to sell it online,” Pazetti told Rest of World. In August 2021, she sent it to Repassa, one of Brazil’s largest secondhand clothing e-commerce companies.

Six months and 700 kilometers later, the top was delivered to Luiza Balthazar, a 30-year-old lawyer from Florianópolis. “I wasn’t sure I was going to embrace the crop top trend, so I thought I’d give it a try by getting it secondhand,” Balthazar said. “Besides being cheaper, it’s also more sustainable, as I’d avoid adding a new item to an already saturated industry.”

Brazil’s online secondhand clothing market grew dramatically during the pandemic. Garment resale on the internet has grown on average 50% per year since 2015, according to Alexandre Crivellaro, director of market intelligence at the Brazilian Association of E-commerce. That rate accelerated in 2020, he said, when over 250,000 items were sold on Repassa alone. That year, the company’s revenue grew 130% compared to 2019.

Brazilian consumers have been hit by high levels of inflation in recent years. Prices spiked more than 10% during 2021, and garment prices have risen significantly. The country’s economy slipped into recession after being hit by Covid-19 and weaker global demand for its exports. In response, many Brazilians have turned to the secondhand market, both as a way to maintain their consumer habits and make a little extra cash. “We know people only wear 30% of their wardrobe,” Repassa’s founder and CEO, Tadeu Almeida, told Rest of World. “With the pandemic, they had more time to sort through things they didn’t want anymore. And with the economic crisis, clothes became an asset.”

A seller on Repassa typically pays 24.99 reais ($5.29) for a bag that fits around 35 items, which can then be collected at home or mailed to the company. The bags are collated at one of the company’s distribution centers. The center in São Paulo is a three-story industrial building with an open-plan layout and exposed brickwork reminiscent of a trendy Silicon-Valley startup, except for the hangers and floor-to-ceiling shelves stocked with bags of clothes. A team of about 100 people runs quality control, vapor steams garments, takes photographs, catalogs, and stores everything. The center takes in around 3,000 items per day, from tops to suits, accessories, and shoes, of which 75% are approved and placed on the website.

On the website, garments are sorted by type, brand, size, and amount of discount, which can be up to 90% lower than the regular retail price, according to Tadeu.

Balthazar, who bought Pazetti’s top, said she used to shop at thrift stores, but e-commerce has improved the experience. “It’s easier to filter online, and many of these stores curate what they sell,” she said.

The shelves in the warehouse are divided into “streets” and numbered, and each item is given a code indicating its address in the system. Once a sale is completed, a worker goes to the item’s corresponding address, collects it, packs it, and prepares it for pick up by mail or courier. Repassa charges a 40% commission and guarantees three-day shipping anywhere in Brazil.

Making these logistics run smoothly and in a cost-effective way is vital for used clothing platforms. A lot of money is flowing into the sector, some of it from more mainstream retailers. In November 2020, Arezzo & Co, owner of brands such as Schutz and Vans Brazil, acquired 75% of Troc, an online thrift company. In September 2021, fast-fashion brand Renner bought Repassa for an undisclosed figure. Enjoei, another Brazilian resale platform, raised 1.13 billion reais (about $227 million) on its IPO in November 2020. Troc and Repassa don’t disclose their finances. Enjoei’s financial statements show its losses grew from around 34 million reais in 2020 to nearly 120 million reais in 2021, even as its seller base surpassed 1 million people.

Although she’s happy with the platform, Pazetti is still trying to figure out how to improve her sales. “You can’t tell what will sell and what won’t. I’ve sold a very expensive pair of sunglasses, and still haven’t sold a cheaper skirt,” she said. But she’s already organizing another bag to send to Repassa.

“It’s a great opportunity to make some money with stuff that was only taking closet space,” she said, adding that she’s glad to know her clothes get to circulate again, like the white crop top she bought in Bahia that now belongs to Balthazar. “I hope it makes her feel as amazing and hot as it made me feel,” Pazetti said.

The first exascale supercomputer has a hardware failure every day

Four months offline: post-quake, many Tongans are still without internet