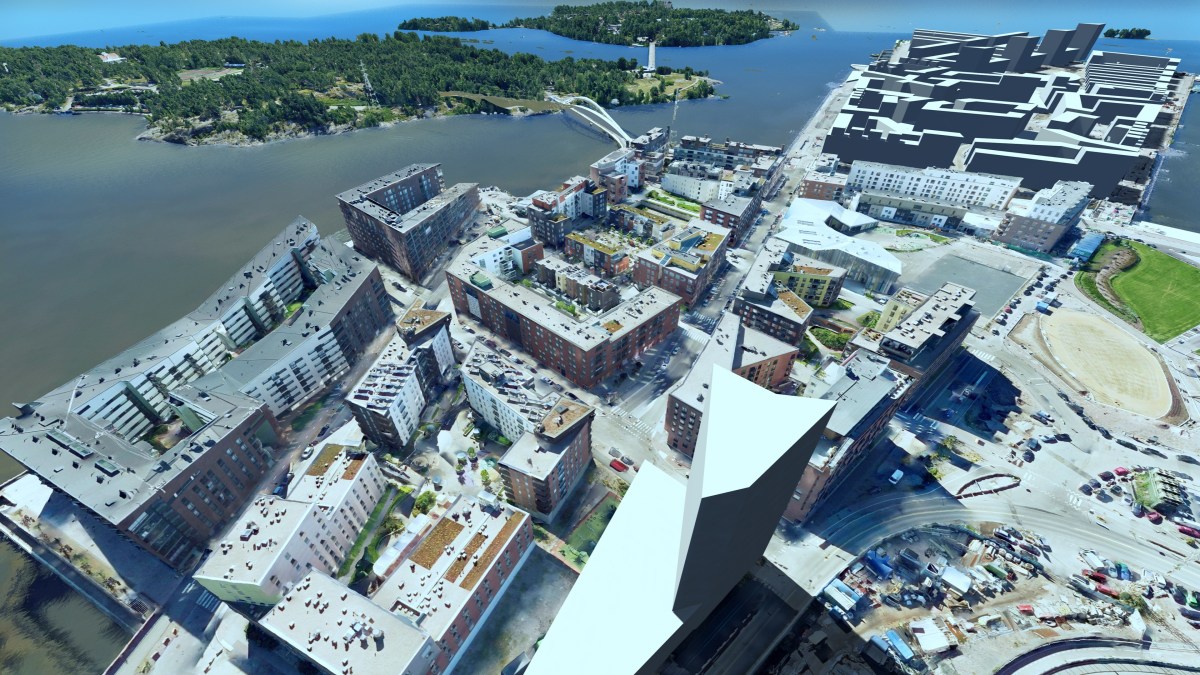 Helsinki, Finland, has one of the world’s longest-running digital twin programs. Over the last three decades, it has pushed the envelope with the early adoption of computer-aided design (CAD), 3D city mapping, and, later, full scale digital twins. Along the way, it experimented with many ideas, many of which are showing actual dividends for citizens, planners, and local businesses.

Jarmo Suomisto joined the city of Helsinki’s planning department in 1998 as these early efforts were getting off the ground. He went on to lead the Helsinki 3D+ project in 2014 to coordinate a citywide digital twin program.

“The big idealistic dream over 30 years ago was a digital city, and now this vision is so close,” he told VentureBeat.

Helsinki’s digital twin journey began in the early 1980s with a city architectural competition. In the early days, architectural designers generated black and white line drawings that took twelve hours to render. Since then, processes and technologies have evolved quite a bit.

“Now we have 3D rendering with full shadows and reflections at 60 frames per second,” Suomisto said.

In 2000 Suomisto collaborated with a team to capture the entire city of Helsinki in 3D CAD on a specialized Bentley MicroStation. The team also demonstrated a real-time computer simulation of Helsinki that ran on four large computer engines and three projectors as part of a city planning exhibition. The technology highlighted a need for new development in the central area of Helsinki — sparking construction for  a new library, music house, park, and business development.

“There had been several architectural competitions, and we wanted to show off the future of the area,” Suomisto said.

The exhibition lasted a month and allowed people to fly around the area. At the time, older people had not seen computer games, and they thought it was a movie until they could steer and fly using a space mouse. Some of them were flying around for hours. At the end of the exhibition, the city continued to use the simulation to guide city planning.

“These are two complementary techniques that use different production processes and we use both to create value,” Suomisto said.

The reality mesh centralizes data for rendering the city via various game engines, including Unreal Engine, Unity Engine, and Minecraft. Bentley’s software transformed over 50,000 airplane reconnaissance images into a reality mesh model with 10 cm accuracy. It took about a month for the first complete model.

In contrast, CityGML is suitable for analyzing data associated with buildings, roads, infrastructure, and vegetation. They organized vector and semantic data from various maps, databases, and other sources into a consolidated city model.

In 2016, Suomisto’s team wanted to show the power of the data models to decision makers involved in funding the program. They created a pilot program with twelve projects connected to the new city models in a couple of months, about half of which became permanent projects.

The most successful projects included services for communicating about new residential development, a map of underground connections, and a way to show off the impact of new trees. These tended to leverage the rich visual graphics from the reality mesh. Other projects that focused on the data analytics aspects ended up being too complicated to implement with the tools at the time.

Since then, the accuracy and resolution of the models have improved considerably, and there are also better integrations into the various game engines. The ecosystems of tools around CityGML are improving too, but this requires more expertise. It is also getting easier to integrate CityGML data into other applications through a CityJSON interface, which is more development friendly.

Cities that are just beginning should start small with projects focused on the city center, using a reality mesh that shows off the digital twin’s visual appeal. In the long term, Suomisto expects that CityGML models will play an essential role in helping cities meet sustainability and development goals because they provide deeper insight into data hidden underneath the surface.

Cities can also drive adoption by building consensus around strategic goals. For example, Finland has established goals to become carbon-neutral by 2035 and recycle all waste by 2050. Then, the digital twin can help to simulate how different policies or individual decisions will impact the goals.

For example, Helsinki has developed a service that uses CityGML data to analyze solar radiation and the potential impact of renovation of roods, walls, doors, and windows on carbon footprint. Homeowners that live in Helsinki can compare the cost of new insulation, windows, and heat pumps, against the anticipated energy savings and CO2 reduction.“The best way to start is with a reality mesh model since you get good results, and it looks pretty,” Suomisto said. “Then, as city leaders understand the power, you can get resources to do more. You can get a good model up and running in a few years and then build on that.”

What Is Delaware’s Court of Chancery and Its Role in Elon Musk’s Twitter Deal?

UAE’s Ministry of Economy, Flat6labs launch initiative to attract SMEs from around the world