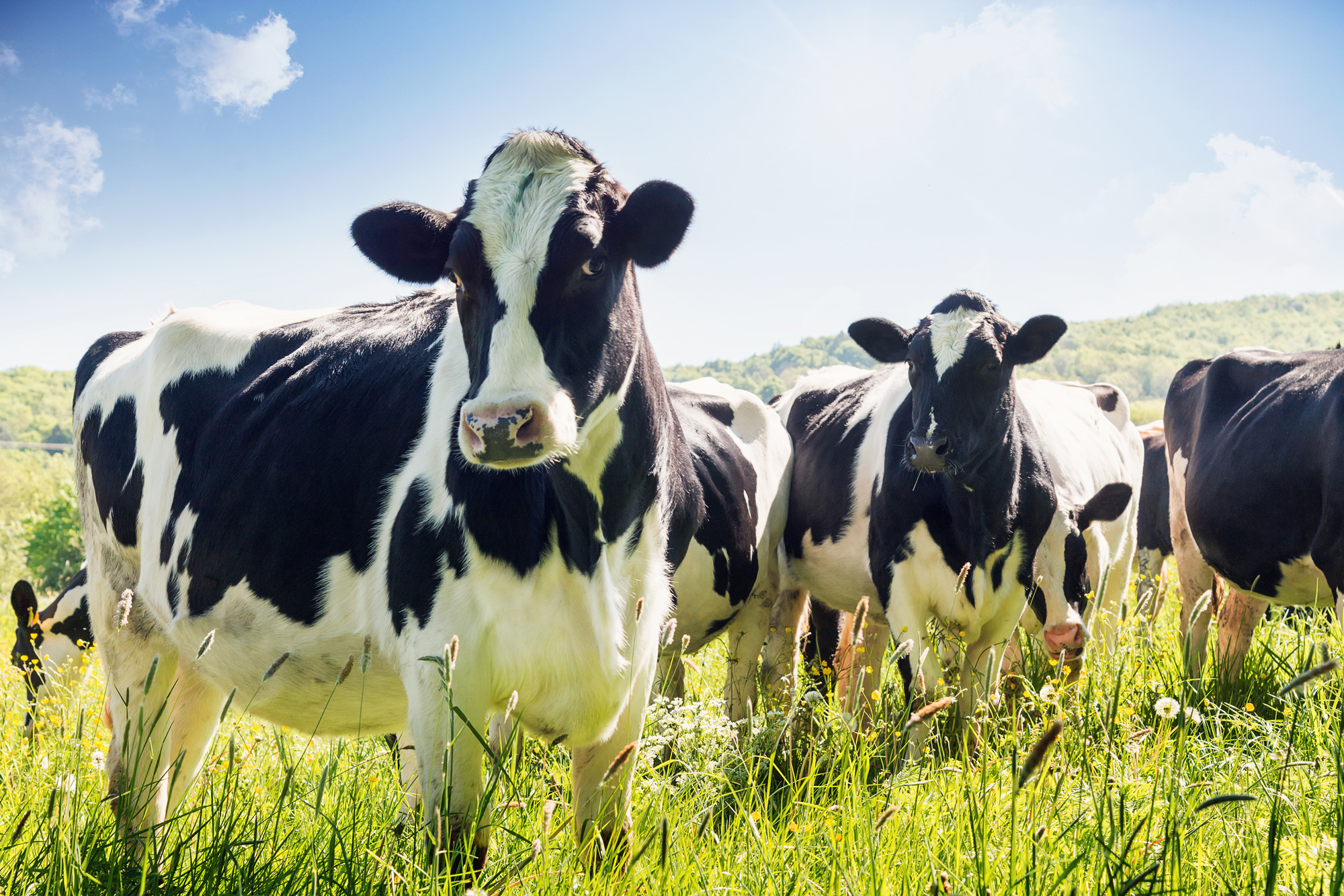 Dairy farmers around the world have an information problem. To get the most accurate measurements of cow health and milk quality, many have to ship milk samples to labs or wait for a technician to come to the farm to collect milk samples from each cow.

Now Labby, a startup founded by two MIT alumni, is helping farmers get a clearer picture of their cows’ health with a device that can test milk from individual cows in less than 10 seconds.

Labby’s device sits at the front of an analytics platform that can help farmers detect diseases before they spread to the rest of the herd. Down the line, it could also give veterinarians historical health data on specific animals, help dairy farmers identify best practices, and allow farmers to increase transparency with consumers.

Somerdin and Das didn’t expect to spend the last five years learning about cows, but their time at MIT helped them identify dairy farming as an area where their technology could make a big impact.

Somerdin had worked in systems engineering and technical product development for 15 years when she decided to come to MIT for her master’s degree in systems design and management in 2013.

“I reached a point where I knew I wanted to do something different, but I didn’t know what that was,” Somerdin recalls. “I decided to go back to school to recharge myself and get some ideas.”

Somerdin’s company sponsored her education at MIT, and she describes herself as a full-time employee, full-time student, and full-time volunteer during her time on campus. She volunteered for programs including MIT-CHIEF and took several entrepreneurship courses, including a Media Lab course where she met Das.

“I wanted to start a mission-driven startup,” Somerdin says. “I wasn’t interested in making another app. We have enough apps in life.”

The conventional process for monitoring cow health and milk quality is time consuming and expensive. As a result, Somerdin says most farmers only run some tests once a month. The lack of monitoring can lead to the spread of diseases like mastitis, a painful infection that also lowers milk quality.

“Mastitis is the most common and costly disease in dairy farming,” Somerdin says. “Mastitis is contagious and hard to detect, so it very easily spreads to the rest of the herd.”

Labby’s scanner uses a technology called mobile spectroscopy, which can get information on milk composition such as milk fat, protein, and somatic cell count (SCC). Higher SCC levels indicate mastitis or an infection that farmers can treat before it spreads or worsens.

Labby has been working with farms in Pennsylvania and Massachusetts since 2019, although the pandemic slowed down the company’s plans to scale. Labby also sells its devices to universities and companies interested in studying the data it is collecting.

“Everyone wants more data, especially at the individual cow level, but that’s been really hard to get up until now,” Somerdin says.

This spring, three MIT graduate students will spend a week on Labby’s partner farms in Pennsylvania as part of company-sponsored research with the goal of improving the design of the product and making it more practical for farms around the world.

Down the line, Labby wants its platform to help with community-building in the dairy farming industry.

“We’re a hardware company, but we see data as the key to our solution,” Somerdin says. “We want to become a milk quality certification platform, which will improve confidence in the industry and for the consumer. In the industry, farmers can better maintain animal health and buyers will know they’re picking up milk from the highest quality farms with good milk. And for the consumer, increased transparency allows farmers to communicate with the public and prove they’re treating their animals well.”

For Somerdin, all of Labby’s work comes down to one simple belief.

“We believe happy cows get you better milk, and better milk leads to happy customers,” Somerdin says. “There’s a harmony between the animal and the human. It’s all connected.”

Trevor Noah Feels for Trump as He Sits on the Sidelines

Celebrities who are parent to 3 or more children