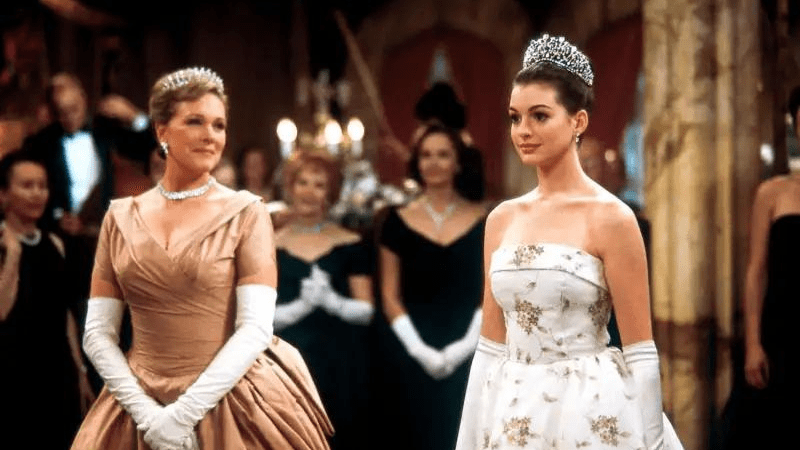 Her Majesty, Queen Mia Thermopolis is returning to our screens once more to rule over Genovia in Princess Diaries 3.

According to Variety, Anne Hathaway’s involvement in the project is not clear. Someone else may have to step into Thermopolis’s shoes to play the main character. The actor did recently say that her onscreen grandmother Julie Andrews’ return would guarantee her return as well. “I would more than entertain it, I’m pulling for it,” Hathaway told Entertainment Tonight. “If there’s any way to get Julie Andrews involved, I think we would make it work.”

However, Andrews’ involvement in the movie is unconfirmed as well. The plot details for Princess Diaries 3, written by Aadrita Mukerji, are yet to be revealed. One thing is clear, the third film in the franchise is expected to continue the story in The Princess Diaries and its sequel Royal Engagement rather than taking on a new storyline.

Based on the novel series by Meg Cabot, the original film released in 2001 was directed by Garry Marshall. The story is about an awkward teenage girl who finds out that she’s the heir to the throne of the fictional European kingdom of Genovia. She then undergoes a transformation that more than physical to emulate all that being a princess represents.

The cast also included Mandy Moore as mean cheerleader Lana Thomas and Sandra Oh as vice principal Gupta. Though the family film received mixed reviews, it became a box office hit with $165 million in global ticket sales. The sequel did great in its cinematic run too, it garnered $134 million worldwide.

The Rings of Power episode 8 recap: the one where Sauron is finally revealed

Off-gridders take energy needs into their own hands