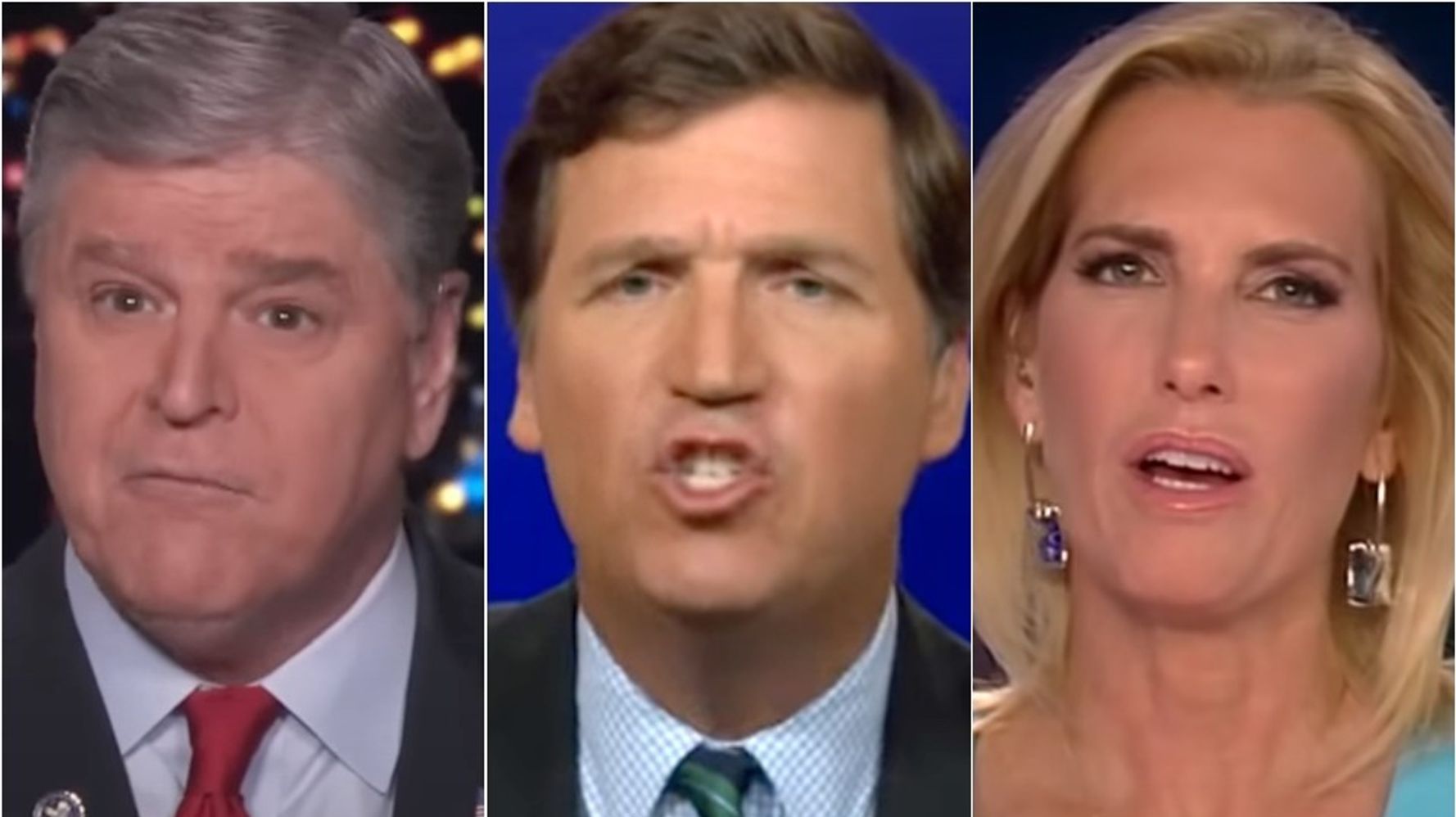 Fox News is throwing in the towel on news coverage.

The company announced that it will not broadcast Thursday evening’s live hearings of the House select committee investigating the Jan. 6, 2021, assault on the U.S. Capitol on its main network, Fox News. Instead, it plans to air the usual programming at that time, including conspiracy theorist Tucker Carlson, who on Monday denounced the committee as “grotesque” and promised his own counter-programming, per Mediaite.

Rep. Adam Kinzinger (R-Ill.), a member of the bipartisan committee, slammed Fox News for the decision and called on any real journalists who still work at the network to speak out:

If you work for @FoxNews and want to maintain your credibility as a journalist, now is a good time to speak out, or quit. Enough is enough. https://t.co/zASss6kWUA

The three major broadcast networks ― ABC, CBS and NBC ― will cover the hearings live, as will cable channels CNN and MSNBC.

Fox News will shift Bret Baier and Martha MacCallum to Fox Business to cover the hearings. According to CNN, Fox Business typically receives about 100,000 viewers, a fraction of the 3 million who tune into Fox News during prime time.

The Jan. 6 attack was carried out by supporters of former President Donald Trump, who were attempting to block the certification of the 2020 election and keep Trump in power. The hearings will examine, among other things, the role of Trump and his allies in orchestrating attempts to undermine the election. One former GOP lawmaker who cooperated with the committee has already called the attack an “attempted coup.”

In the past, Carlson has suggested that the Jan. 6 attack was potentially carried out by “FBI operatives” and “deep state” agents — outrageous claims that drew rebukes from other Fox News personalities, including Baier and Geraldo Rivera.

Carlson has also admitted to lying on his show sometimes. Fox News successfully defended itself from libel allegations in court by convincing a judge that Carlson does not trade in “actual facts” and that “any reasonable viewer ‘arrive[s] with an appropriate amount of skepticism’ about the statement he makes.”

Yet Carlson will be the face of the network as the hearings unfold, along with Sean Hannity and Laura Ingraham, who will broadcast their usual shows but may cover the hearings “as news warrants,” the network said in a news release.

Hannity has also repeatedly insisted that he is not a journalist.

Although few people were shocked by the decision, critics slammed Fox News for abandoning the news:

I wasn’t shocked when I first heard this. It’s not news that Fox is propaganda posing as news. But then I thought about it more and it’s really appalling that they won’t cover hearings into the worst attack on America since 9/11. How does any straight reporter remain on staff? https://t.co/8dtqJ7IP6k

For all of Fox’s fear-mongering of immigrants, the most dangerous immigrant in American is Rupert Murdoch. He never assimilated American values and has managed to become hated in both his home and adopted countries. He’s as destructive as any of Putin’s oligarchs. https://t.co/76I7Rvtncr

Exactly why should Fox “News” be allowed to be credentialed press anymore? Seriously, they are nothing more than a radical propaganda arm for the GOP and they aren’t even pretending anymore to be anything but America’s version of RT. https://t.co/YmBhaWsaEc

If people want to hear from Fox News personalities there will be plenty of their texts read aloud from during the hearings https://t.co/pQMAFzLmgn

What If You Tried to Swallow a Whole Cloud?