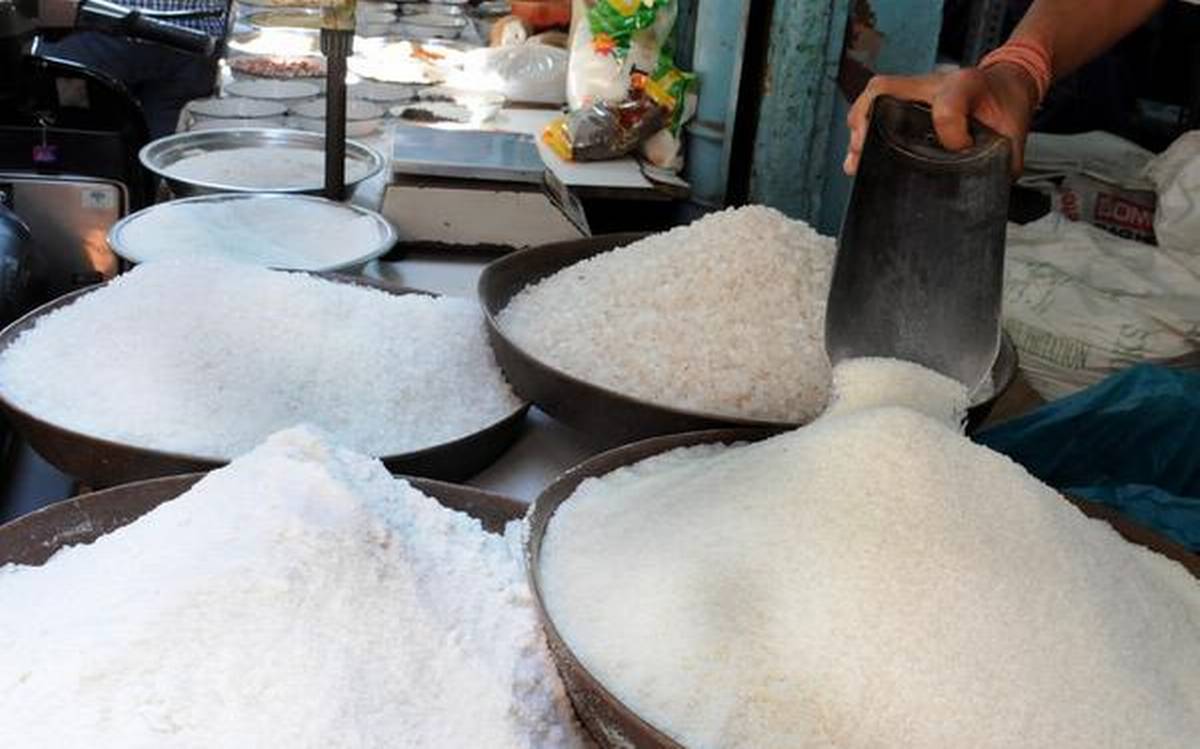 ISLAMABAD: A divide has appeared within the federal government over the issue of exporting sugar. A high powered meeting between members of the sugar industry and different government ministers ended with the food ministry opposing the export of sugar despite finance minister Ishaq Dar being in favour of exporting excess stock.

The meeting had been called yesterday after federal minister for Food Security and Research, Tariq Bashir Cheema, said  he would not allow the export of sugar without proper verification on the floor of the national assembly last week. In Monday’s meeting, which was also attended by Ishaq Dar and representatives from the Pakistan Sugar Mills Association (PSMA), Cheema said that  the sugar crop has already been damaged by the floods and exporting the proposed 1.2 million tonnes would result in a price hike of at least Rs 25 per kg of the essential commodity.

While the powerful sugar millers are anxious to export over 1.2 million ton sugar, which they term surplus stock, the Ministry of Food Security and Research (MoFS&R) has opposed export for anticipated shortage in the next crop. It was earlier reported that sugarcane worth Rs20.56 billion were lost because of the floods.

“Mr Cheema was of the opinion that at least 40 percent of the sugarcane crop in Sindh has been damaged by the flood which could ultimately create shortage of the largely consumed commodity in the country,” said a reliably placed source that was present at the meeting. Meanwhile, powerful sugar barons have threatened to not begin the crushing season until export of the one million tonnes of sugar is allowed.

As per the association it was necessary to start the crushing season by November 30, but sugar mills already had surplus stocks from the last season, amounting to more than one million tonnes, which was enough to meet the national sugar requirements till January 15.

“Though Finance Minister Ishaq Dar was much in favour of exporting the surplus stock as per demand of PSMA, the food ministry showed its reservations,” said a participant of the meeting. For now, no decision has been made and the issue will be reviewed during a meeting of MoFS&R scheduled for Thursday, where the relevant data will be evaluated.

The disagreement between the food and finance ministries is slightly complicated by the fact that Mr Cheema also holds the added portfolio of chairman of the Sugar Advisory Board. In his speech on the floor of the house last week, he said he would resign from the board if Prime Minister Shehbaz Sharif could not sustain the pressure from sugar mill owners. He said the permission to export sugar could only be granted if the concerned deputy commissioners would personally inspect each and every sack of the commodity and verify the surplus stock available in the mills operating in their respective areas. He said, the chief secretaries of respective provinces would also have to provide written verification in this regard.

Meanwhile, the sugar industry is keen on making sure that one million tonnes of sugar are exported. The finance ministry is also on board with the export plan because it will mean the inflow of vital dollars that may help bolster the country’s depleted foreign exchange reserves.

“We are expecting another one million ton of surplus stock of sugar during next crop despite the estimate damages by flood,” said a member of PSMA adding that maintaining the surplus stock for price issue was irrational keeping in view the government’s fixed price of Rs 300/40 kg of sugarcane would ultimately jump the ex-mill price of sugar to Rs 115/kg.

Another industry insider claimed that the 40 percent estimate of damage to crops in Sindh is an exaggerated figure. However, since the figure has officially been shared with relevant authorities, the crop data was also being estimated accordingly. According to the association at present 1.2 to 1.3 million tons of sugar is available in godowns, which is sufficient to meet the national domestic requirement till January 15, 2023.

Is the COP27 accord a double-edged sword?