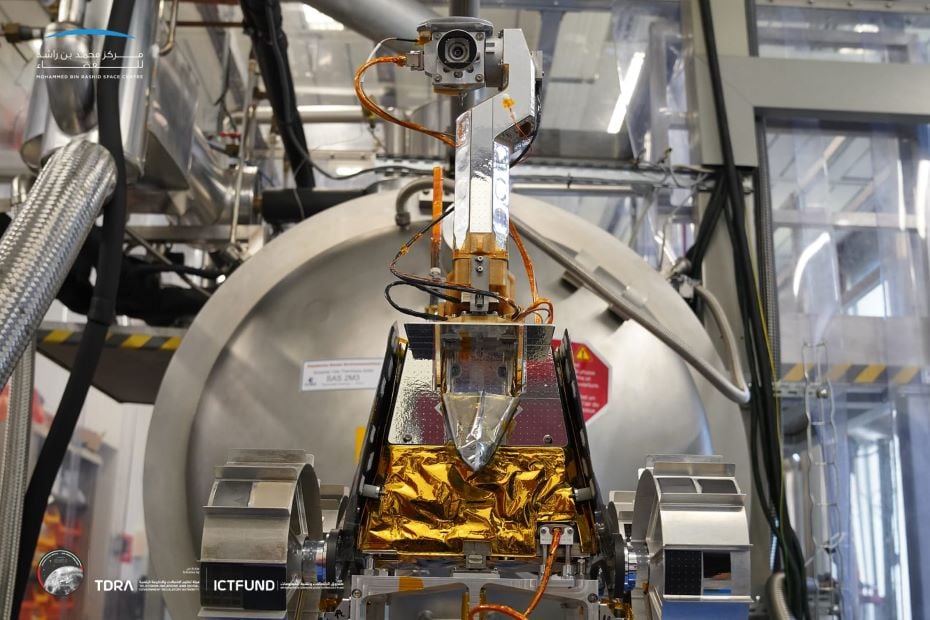 The UAE is set to launch its first lunar mission on November 28, at 12.46pm local time.

The time and date, however, are contingent on weather and other factors, and remain subject to change.

The ambitious Emirates Lunar Mission (ELM) of the Mohammed Bin Rashid Space Centre (MBRSC) is set to launch on 28th November at the earliest, at 12.46 pm #UAE Time. Depending on weather and other conditions, the date and time are subject to change.https://t.co/71mw2sdnDP pic.twitter.com/fhU7rZHeDu

The announcement follows the confirmation of Rashid Rover’s landing site, which will be Atlas crater, located at 47.5°N, 44.4°E, on the southeastern outer edge of Mare Frigoris (Sea of Cold), Dubai Media Office reported.

The Mohammed Bin Rashid Space Centre (MBRSC) had signed an agreement with Japan’s ispace in 2021, enabling the latter to provide payload delivery services to the Emirates Lunar Mission.

Read: UAE partners with Japan for mission to send ‘Rashid’ rover to the moon

Upon landing, the Rashid rover will explore the characteristics of the lunar soil, the petrography and geology of the Moon, dust movement, surface plasma conditions, and the Moon’s photoelectron sheath, a statement said.

The integrated launch vehicle is within the premises of Cape Canaveral Space Force Station, in Florida, US, and will be moved to the launch pad closer to the launch date, MBRSC said.

Meanwhile, the integrated spacecraft will take a low-energy route to the moon rather than a direct approach, taking about five months to launch, in March 2023, according to ispace.

Why ShopBack is an IPO candidate to watch

Customers can avail this payment parking option at Dubai’s DXB