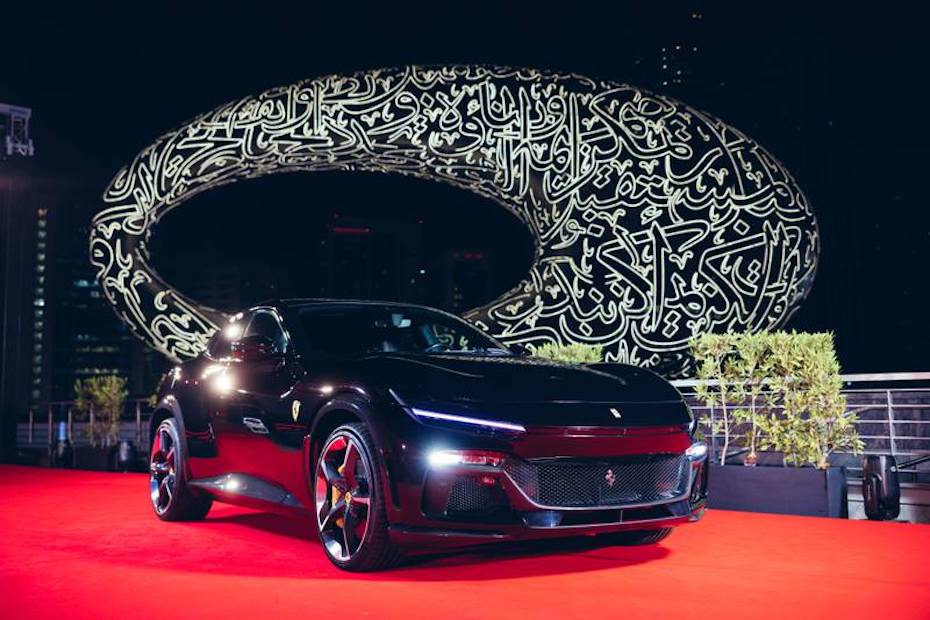 Tell us about your journey with Ferrari.

I’ve been with Ferrari for the last 10 years, and it has been a tremendous experience. Initially, I worked at the company’s headquarters in Italy, as the marketing director for Europe, Middle East, and Africa. After moving to the region in 2015, I served as the sales director until 2018, following which I took on the role of general manager. 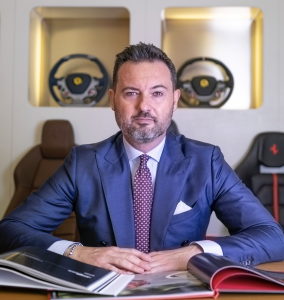 Tell us about the brand’s presence in the Middle East.

We’ve had a regional office here for 15 years. The Middle East is a very significant market for us, with the region’s luxury car market growing steadily year-on-year. In fact, we’ve seen accelerated growth after the pandemic. The region is a relatively young market for many brands, with lot of expectations for the future, and Ferrari is among them.

What are the brand’s most popular models in the Middle East?

We have a wide and rich model range on offer, with models launched in the past couple of years that are just coming to the market now. For example, we’ve just started the deliveries of the SF90 Spider, 296 GTB and 812 Competizione. In 2023, we will start delivering the 296 GTS, Ferrari Purosangue and the new Daytona SP3.

The Purosangue marks a new era for Ferrari. Tell us about the strategy behind Ferrari’s deliberate transition to a four-door model for the first time in its 75-year-old history.

Most certainly, the Ferrari Purosangue marks the start of a new segment —  our target from the very beginning was to design and build something different. The objective was to create a true sports car with an unprecedented level of comfort and versatility.

We did not start from an existing format, the so-called “SUV” platform, to produce and deliver the offered level of performance on the car. That’s why we believe that Ferrari Purosangue is not an SUV, and is unlike any other vehicle in the market. The four-door, four-seat format was a natural choice to enhance comfort and versatility; they weren’t the starting point to design the project.

What I can say to answer your question is that Ferrari will continue to remain loyal to the brand’s DNA and values. We will keep designing and producing sports cars offering superior driving emotions and performance, some of them with more versatility than others, in line with our objective to offer different Ferraris to different Ferraristi (Ferrari owners).

How do you see the Purosangue faring versus other models in your line-up?

At the Capital Markets’ Day in June, we publicly committed not to cross the 20 per cent threshold of sales during the lifecycle of the model. The Purosangue is not a volume maker for us. The demand is overwhelming and beyond expectation, but we are not going to be driven by one single model.  We will keep it extremely exclusive while making sure that the volume allocated is fitting with the market potential.

What can we expect from Ferrari next year?

Our global strategy was unveiled at the Capital Markets Day, where we committed to launching 15 models between 2023
and 2026.

Next year, we will certainly present something new. For what concerns more specifically the Middle East, we will keep investing in enriching the customer experience and attracting new clients to the brand. In the past three years, more than 40 per cent of our cars have been delivered to new Ferraristi thanks to models such as the F8, Roma and 296.

We have also launched a new platform called ‘Club Challenge Middle East’ to offer our clients the chance to experience the race track with racing cars.

Sanaa Lathan Talks Battle Rap, ‘On The Come Up,’ And Her Directorial Debut

UAE-based fintech Qashio raises $10m in a seed round