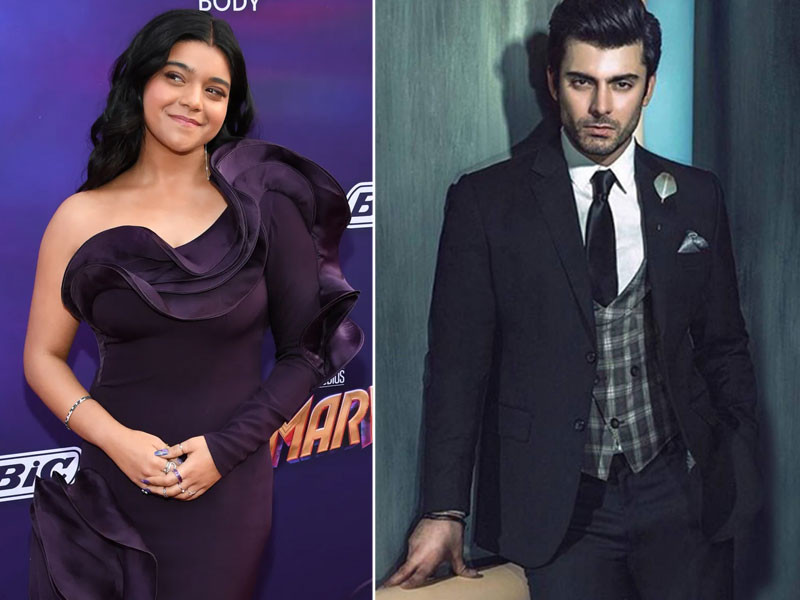 Marvel’s latest offering, Ms. Marvel, has been all the rage since the show was released on Disney+. While the show has been praised for its quite accurate depiction of comics, many were particularly ecstatic about the diverse cast in the show. From Bollywood’s Farhan Akhtar to Pakistani heartthrob, Fawad Khan, several South Asian stars are making their Marvel debut with the show.

While we have already seen several Pakistani stars make their first appearance in the show, namely Nimra Bucha, Samina Ahmed and Mehwish Hayat, fans are eagerly waiting for Fawad to show up. In the fourth episode of the show, we see the first glimpse of the Humsafar star as Hassan, Kamala Khan’s great grandfather, in the show.

But did you know? Fawad has also found a fan in Iman Vellani’s (Kamala Khan) mother? In a previous interview, Iman shared how ecstatic her mother was when she found out Fawad is starring in Ms. Marvel as well. Speaking about working with a star-studded cast, Iman shared, “I grew up watching them [the actors] and then I was working with them.” She added, “My mom was stoked about Fawad being in our show than she was about me! So, I think that says it all.”

Iman went on to add, “They are so nice. The fact that we are bringing together India and Pakistan together with our music and through our actors. We have scenes where there’s a Pakistani and an Indian, a British person, an American and a Canadian working together. And that’s what our show is all about you know! Marrying different cultures together and not being labelled by one thing.”

Earlier, after keeping the news under wraps for months, the Humsafar star confirmed his role in Ms Marvel. Speaking to Indian journalist Anupama Chopra, Khan commented, “In an interview with Film Companion, Fawad was asked if he was a part of Ms Marvel. “Yeah, I am. I can’t deny that or lie about it because they have put out the news themselves.”

While Fawad did not divulge anything about his part, he talked about the experience of shooting for Ms Marvel. “It’s a wonderful experience, it was good fun. The cast that I worked with, the people that I worked with, it was good fun, but I am sorry, I cannot say anything more than that at this point in time,” he said. Apart from Hayat, Saeed and Khan, Pakistani actor Nimra Bucha will also star in the much-awaited show.

AR Rahman: It pains to lose a great artiste like KK – Times of India

‘Sweet Life: Los Angeles’ Star Tylynn Burns On Why She Got An Abortion

9 K-Dramas that are the most romantic

Health astro predictions for July 2022: Taurus, Cancer and 3 other zodiac signs need to be extremely careful of their health | The Times of India