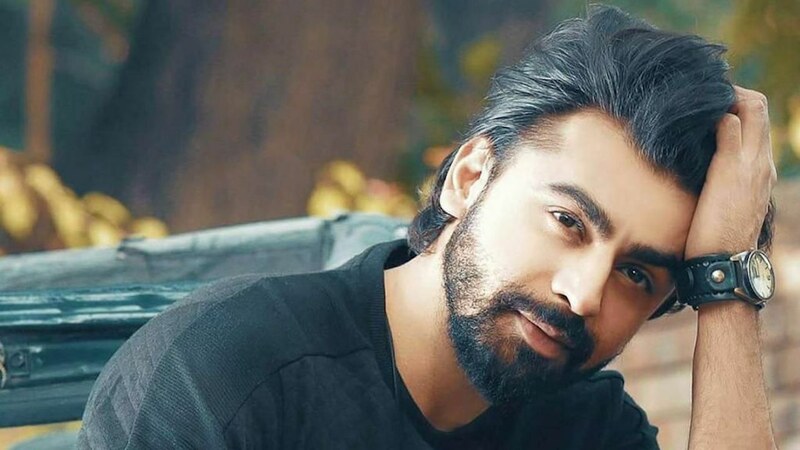 When you love what you do, you don’t consider it working and the musician and actor definitely loves what he does.

It’s chand raat and I am waiting for Farhan Saeed in the lobby of the Marriott Houston. The last time I interviewed Saeed was at the 2019 Hum TV Awards. Then, he’d been impeccably groomed, rocking a tux, with the glamorous Urwa Hocane on his arm. Today, he shows up looking like the guy next door in a plain black tee and sweatpants and floppy, unstyled hair.

As we settle in, Saeed tells me he’s shocked by how homesick he is.

“I didn’t know being away on Eid would affect me like this. We’re Kashmiri Butts so Eid means good food, family and fun. But when I see the crowd tonight it’ll be worth it,” he says.

At 36, Saeed has been in the public eye for almost two decades. He confesses he’s a workaholic and he recognises that lately his chaotic schedule has been catching up with him.

“For 17 years I can’t say I’ve worked a day because I love what I do. During the pandemic, I took time for myself. But now work is in full swing. I’m shooting two dramas, Tich Button will be released soon and in July I’m doing a US tour,” he says, adding: “But I think I’m going to manage things better. I took a 16-hour flight to be here for one day. I’ve been working like crazy and not thinking about things and that takes a toll on your body.”

Fame first found Saeed at 17 when he came on as a vocalist for Jal the Band. Originally founded by Gohar Mumtaz and Atif Aslam, the band has since achieved cult status and catapulted the three of its most visible members to stardom. And while Saeed was born a singer, he’s since been reborn many times.

In this past decade, Saeed can best be described as being everywhere. From Coke Studio and Bollywood to drama serials, the catwalk and fashion campaigns. Soon audiences will see him on the silver screen as both actor and director. While such fame and recognition would bewitch even the most modest and stalwart of men, those who have known Saeed from the start of his career insist fame hasn’t changed him a bit. When I ask Saeed if he can still relate to the 17-year-old musician upstart kid, he says yes, he hasn’t changed and if he has changed then it’s only been for the better.

“There’s nothing the public doesn’t know about me. And if there’s something, they’ll eventually find out,” he quips. “I’m a fun loving guy. I love my cricket. I love my family. I do music. I do acting. That’s what it is.”

Not only is Saeed adamant that fame hasn’t changed him, he’s also hyper aware that fame is both a fleeting and fickle business.

“Look, it’s a social media age,” he muses. “We have timers on our [traffic] signals. We’ll drive through a red [light] if it’s not opening in 20 seconds. We have no patience left. In every country, in every field, you are as good as your last project. This hit me the first time with Suno Chanda. As soon as it’s over, it’s over. It’s good to realise that. When you get off stage, you’re a normal person again. As soon as you realise that, it’s better for you. As we go towards the end of Mere Humsafar, I know the glory will be over.”

This practicality and self-awareness is the theme of our time together. For someone who has spent all of his adult life in the spotlight, Saeed is shockingly immune to half-boasts and self-congratulatory, self-adulating behaviour. For instance, when we talk about Udaari, the 2014 drama serial that made him a household name, Saeed can only seem to focus on how, now that he understands acting better, he could have played his character better.

“I absolutely wish I could do it differently,” he says. “I had Urwa Hocane on one side — who I think is one of the better actresses in Pakistan — and Ahsan Khan and Bushra Ansari on the other [side].”

“In every country, in every field, you are as good as your last
project. This hit me the first time with Suno Chanda. As soon as
it’s over, it’s over. It’s good to realise that,” says Farhan Saeed

He continues, “Even in Suno Chanda, I didn’t act. Arsal’s sense of humour, his mannerisms are all me. That’s who I really am.”

This, of course, is the point in the conversation I’ve been waiting for. The perfect segue to ask which of his two most famous roles does he most relate to in real life: the goofy, witty, funny and fun-loving Arsal (of Suno Chanda) or Mere Humsafar’s compassionate, over-the-top romantic Hamza who has audiences drawing comparisons to Fawad Khan and Shahrukh Khan circa the 90s.

Saeed laughs at this question, clearly loving the fan comparisons to SRK and Fawad Khan — two actors whom he admires greatly.

“I have been a fan of SRK all my life. Same with Fawad Khan. I love Fawad Khan,” says Saeed. “By the way, I haven’t seen Humsafar because at that time I didn’t watch dramas. Actually, the first drama I watched was Dastaan which Urwa [Hocane] made me see. My love for dramas comes from that. Even as a guy, that drama gave me the feels.”

Leaving audiences with the “feels” is what Saeed himself has come to be best known for. After Udaari, he and Urwa Hocane took home the award for Best Onscreen Couple. The duo married shortly after. In 2018, Saeed took home the same award for his onscreen pairing with Iqra Aziz in Suno Chanda.

“My onscreen pairing with Urwa was effortless. We didn’t have to do anything, the chemistry was just effortless,” he says. “With Iqra, we talked about how the script sounded like Tom and Jerry. They fought all the time but couldn’t live without each other. Now everyone is doing it, but at that time such a couple was new,” he adds, taking a slight dig at the plethora of copycat dramas that have tried (and mostly failed) to fill the Suno Chanda void.

I ask him if he thinks Hania Aamir and him will win Best Onscreen Couple this year for Mere Humsafar. In his usual nonchalant style, Saeed shrugs and says, “You don’t make chemistry happen. When we do a scene, we’re not thinking we are doing anything special. It’s the audience that decides it’s special.”

Onscreen chemistry may come naturally and effortlessly for Saeed. But it’s his current role in Badshaah Begum, in which he plays the gun-toting Pir Shahzaib Shah Alam that has him most pumped. Talking about his preparation for the role, he gets visibly excited.

“Killing people… I mean I’d never held a gun in my life… it’s all out of my comfort zone. I’m enjoying it more,” he says. To which I ask, of his two different lives — singer and actor — which gives him the most energy?

It depends, he tells me.

“When I’m shooting a drama for a month, I want to hit the stage badly. When I do concerts, I miss the set. But, musicians are very blessed. Music video sets are lavish. [For concerts], I tell show organisers what time I’ll perform, I take my payment in advance and I go. Actors are not blessed. When you are on set it’s hot, it’s cold. I go at 11am and come back at 11pm. I’ll shoot five scenes but sit 10 hours waiting for the lights to shift, etc. For Tich Button we shot 70% in Nankana Saab and 30% in Turkey. In Nankana Saab there were only two hotels and they were full with our crew. The hotels were not lavish and had no hot water. Fans think we play it cool by exaggerating the difficulty but Pakistani actors are very hardworking people.”

Why Republican governors are relocating migrants across US

It’s not just you: The freemium bar is shifting – TechCrunch

‘The Boys’ Made a Tribute to Ant-Man. It Was Explosive