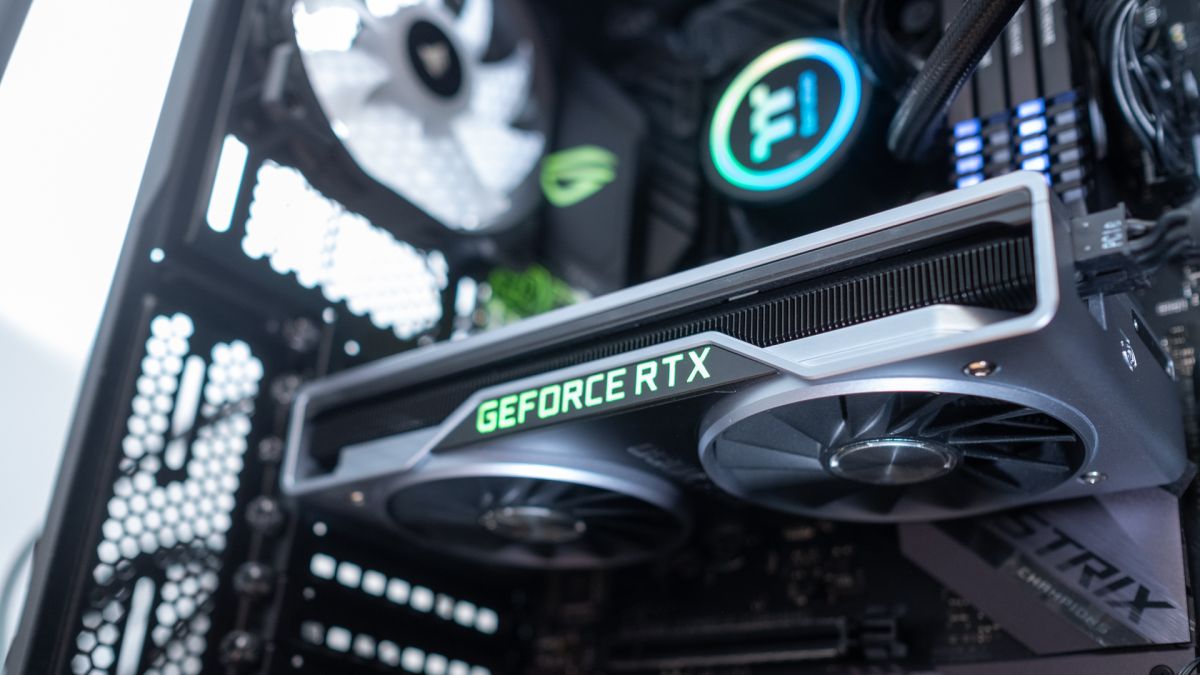 We’re deeply sad – heartbroken, even – to report that it looks like Nvidia is sunsetting the RTX 2060, long considered one of the best budget graphics cards ever made.

Recent reports seen on Chinese tech website MyDrivers (opens in new tab) appear to indicate that Nvidia has stopped supplying its vendors in Asia with RTX 2060 chips (as well as the upgraded RTX 2060 Super and RTX 2060 12GB), as well as requesting that its production and sales partners limit supply of the cards by the end of November.

It might be more than three years old now, but we’re looking rather wistfully at the departure of the 2060 family. These graphics cards were incredible: sensibly priced with sound performance, introducing many budget games to the magic of Nvidia’s DLSS tech as well as ray-traced graphics.

We weren’t the only ones who appreciated this budget GPU. Even today, the RTX 2060 is the second most popular GPU among Steam users, as per the most recent Steam Hardware Survey (opens in new tab). The number one spot is held by the GTX 1060, another stellar cheap graphics card.

Why is Nvidia putting the RTX 2060 to sleep now?

It’s difficult to speculate regarding the reasoning behind Nvidia’s decision to end the RTX 2060’s life, but it’s most likely a move to push out the RTX 3000-series stock we know the GPU giant still has knocking about.

The xx60 and xx50 versions of Nvidia GeForce GPUs are typically much more popular than Team Green’s crazy-expensive flagship cards – like the recently launched RTX 4090. Looking at the survey results, the top ten most-used cards are all xx60 or xx50 budget variants, with the exception of the excellent midrange RTX 3070 in seventh place.

This really shouldn’t be surprising to anyone who hasn’t been living in a deep-sea cavern for the past few years. The cost-of-living crisis is squeezing our wallets, deepening the gulf between the wealthy and poor, and the simple fact is that right now most gamers can’t afford to drop $1,000+ on a GPU.

The RTX 4080 is proving to be a particularly pertinent example of this. In the UK, where skyrocketing energy bills and food prices are wreaking havoc on the finances of people all across the country, we’ve seen distinctly more stock availability than in the US. The average PC gamer doesn’t have hundreds of pounds to spend, so we’re all left sitting with our trusty RTX 2060s.

A new dawn for budget GPUs – we hope

Nvidia’s planned wind-down of the RTX 2060 will clear the path for (hopefully) less expensive Lovelace GPUs like the RTX 4060 and the newly-rumored RTX 4050. Let’s face it: these are the cards people actually want, provided they’re not so absurdly priced as the currently-available RTX 4000 cards.

It’s mildly depressing to see Nvidia and AMD engaged in an apparent race to the top when it comes to GPU pricing. AMD has long provided solid budget alternatives to Nvidia’s cards, but its recent unveiling of its new Radeon GPUs left us wanting more – or, more accurately, wanting fewer digits on the price tags. The RTX 2060 first launched at a very respectable $329 (£300/AU$599); today, you can pick one up for around $250.

If you’re still rocking an old GPU that desperately needs upgrading, have no fear: the RTX 2060 will likely remain on shelves for months to come while Nvidia shakes its remaining stock out of its shirtsleeves.

In fact, this news means there’s a very good chance that we’ll see some serious discounts on older RTX GPUs this Black Friday, so we’d heartily recommend you keep an eye out for the best graphics card deals with our handy guide.

Now, if you’ll excuse us, we’re going to go dig out our old office RTX 2060 and cradle it gently while listening to R.E.M.’s ‘Everybody Hurts’.

Malaysia built a WFH paradise. Now it just needs people to turn up.

FTX failure shows crypto is not for the faint heart

OnePlus Buds Pro 2 design gets shown off in unofficial renders