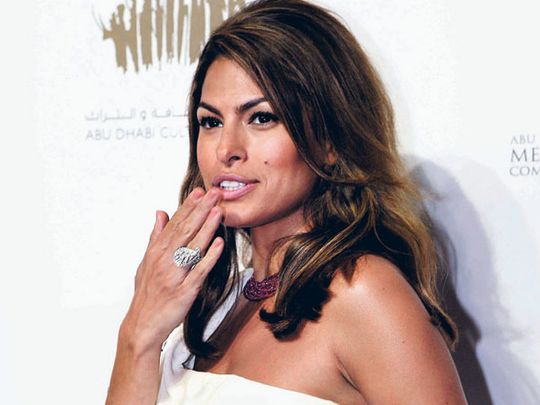 “I’m loving it here,” the actress said. “Everybody is amazing, everybody is welcoming us, it’s been so beautiful. My husband Ryan is here … and our children are here, we’re having the best time,” the mother of two added.

As per Page Six Style, Mendes has two daughters with the 42-year-old actor – Esmeralda and Amada. She went on to joke about her “ordinary” looking spouse after the show’s hosts played a shirtless clip of Gosling from his film “Crazy, Stupid, Love.”

“Yeah, that’s my life, unfortunately,” she said in a sarcastic tone. “And he’s a great cook and he bakes. I got the short end of the stick, didn’t I!” she added.

The couple, who have been together for over a decade now, always kept their relationship under wraps.

‘We have never heard Eva or Ryan spoke about each other with the term of wife and husband, but now we can say that Eva and Ryan are MARRIED!!!’ the caption read.

A slew of comments from overjoyed fans came on the post.

“Finally we got it. I hope there’s no other reason for announcing this now,” one fan said.

“She has a wedding ring on,” another fan pointed out, while a third wished the “beautiful” couple “congratulations.”

According to a report by Page Six Style, Mendes may have teased the marriage in her own subtle manner through a post on Instagram earlier this week.

The ‘Ghost Rider’ actress shared a snap of her wrist which had a tattoo on it, which read ‘de Gosling’.

Eva Mendes was last seen in the television series ‘Bluey’. Ryan Gosling, on the other hand, last starred in the Netflix release ‘The Gray Man’.

The 2023 Grammy Award nominations are here

Jaideep Ahlawat and his love for ‘The Godfather’ trilogy