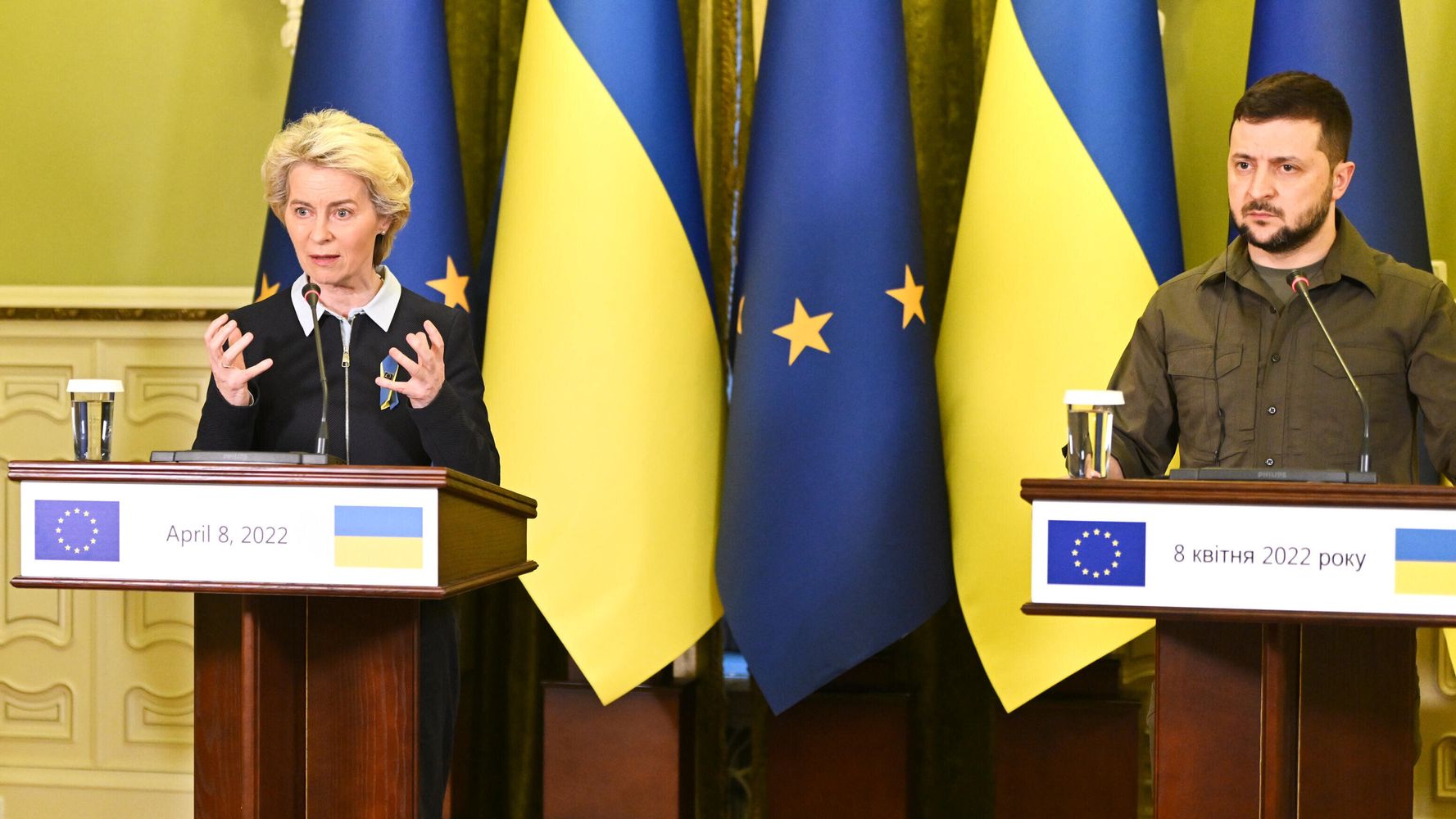 How artificial intelligence ‘blew up’ tennis

The European Union agreed to block most oil imports from Russia, cutting off a key income source for Russian President Vladimir Putin in an effort to convince him to halt his invasion of Ukraine.

“Maximum pressure on Russia to end the war,” Michel continued.

The deal is a huge step for the EU’s 27 economies ― for which Russia is a major source of energy ― and a big boost for the Ukrainians. The policy will cut off around 70% of Russian oil immediately by halting tankers, and officials say it will eventually cease over 90% of Russian oil sales. Though the plan exempts oil transfers by pipelines for now, European diplomats say that trade could also ultimately be stopped.

Agreement to ban export of Russian oil to the EU.

This immediately covers more than 2/3 of oil imports from Russia, cutting a huge source of financing for its war machine.

Maximum pressure on Russia to end the war.

More than a quarter of the EU’s imported oil came from Russia last year.

Ukraine’s government and prominent international commentators have blasted Europe for continuing to pay Russia for oil and gas even after the war began in late February ― specifically criticizing Germany, the EU’s biggest economy. A third of Berlin’s oil comes from Russia, and experts in the country say that cutting off that supply, along with Russian gas, could cause severe economic pain for Germans. Germany began signaling in late April that it was open to an oil ban. But Hungary ― whose government has a close relationship with Russia and is a major Russian oil importer via pipeline — aggressively resisted the policy as EU negotiations intensified.

European leaders struggled to finally craft an agreement that would satisfy Hungary, spurring fears that the bloc was becoming less supportive of Ukraine’s resistance.

Top EU figures finally reached a compromise after a summit in Brussels on May 30.

European nations had earlier decided to stop importing coal from Russia, and has instituted five previous sets of unprecedented sanctions on Russian government officials and institutions like major banks.

The U.S. and Britain have already barred imports of Russian oil.

Global oil exports earn Moscow hundreds of millions of dollars each day. That revenue provides a major share of Putin’s total budget for undertakings like his assault on Ukraine.

Russia also earns billions by pumping gas to Europe. In April, Putin shut off gas exports to Poland and Bulgaria in response to their support for Ukraine, leading to anxiety in Europe about the continent’s dependence on Russian energy supplies.

This is a developing story. Check back for updates.

Has justice been served in the MH17 trial?