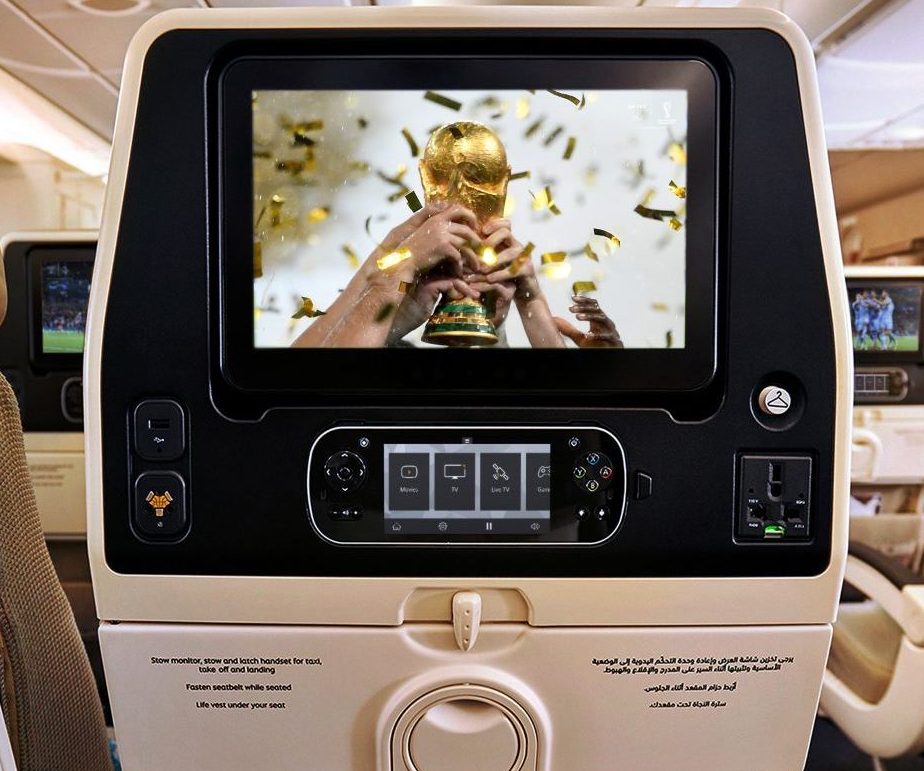 Football fans flying with Etihad Airways during the FIFA World Cup can watch all matches live in the air.

The matches will be streamed live on Etihad’s E-BOX entertainment channels Sport 24 and Sport 24 Extra, the carrier said in a statement on Friday.

The live TV service is available onboard the airline’s fleet of wide-body aircraft connecting destinations in Europe, North America, Australia, Asia and Africa with its hub in Abu Dhabi.

Etihad Airways has also increased flight capacity to Qatar, and is operating six daily flights between Abu Dhabi and Doha until December 18, to cater to the football enthusiasts travelling to view the matches.

“Showing live football matches is an extension of Etihad’s extensive live tv programming and inflight entertainment. Many football fans from across the world will be flying to the region for the first time, and we look forward to extending our renowned Arabian hospitality to these guests” said Terry Daly, executive director guest experience, brand and marketing, Etihad Airways.

Besides football, Etihad’s guests can also stream other international sporting events such as the National Basketball Association and the National Football League. The airline’s E-BOX also features live global news channels as well as latest movies.

Dubai-based carrier Emirates also announced last week that it would air all FIFA World Cup matches live, including the final on December 18.

The 22nd edition of the FIFA World Cup has commenced on November 20 and will last until December 18. In a historic feat, Saudi Arabia stunned Argentina in a 2-1 win earlier this week, to mark an unprecedented entry into the football tournament.

VR enthusiasts can finally cut the Facebook cord next month

Why climate cash could make or break COP27

Amazon workers called to strike across globe on Black Friday