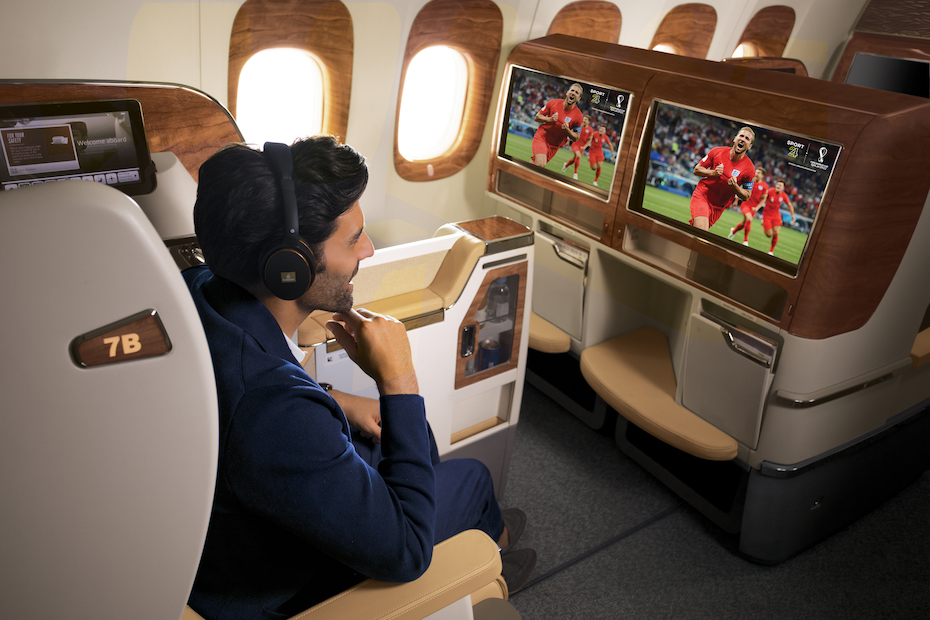 Dubai carrier Emirates has said that it would air all FIFA World Cup matches live, including the final on December 18.

All the tournament matches will be “aired live on Sport 24 onboard the aircraft, as well as in the A380 onboard lounges, and across dedicated Emirates airport lounges – ensuring fans don’t miss a moment of the action,” the carrier said in a statement.

Kicking off on 20 November, @emirates passengers will be able to watch all FIFA World Cup 2022™ on Sport 24 via Emirates multi award-winning inflight entertainment system (ice), including the highly anticipated final on 18 December. pic.twitter.com/0ZBX9LgFR7

Emirates Lounges are accessible on a complimentary basis to first and business class passengers, as well as to Emirates Skywards platinum and gold members. Silver members can also avail complimentary access to the Emirates Business Class lounge in Dubai. Meanwhile, premium economy and economy class passengers can pay to access the lounge, the statement added.

The 22nd edition of the FIFA World Cup is scheduled to begin on November 20 and will last until December 18. The matches will be played across eight stadiums in the capital of Doha.

On Sports 24, fans can also watch live matches from tournaments such as the Premier League, UEFA Champions League and UEFA Europa League, as well as the Asian Football Championship.

The VCs roaring the loudest in the Lion City

Unity lays off hundreds to prepare for ad weakness